One of the projects on my summer to-do list…not a long list this year…was staining our deck. It’d been a few years, actually more than a few, since we last did it. Staining our deck is sort of a family joke. Years ago when the deck was new we did the job ourselves. Once was more than enough. It was hot, our deck is huge and it took forever. We all swore never again. So over the years I have hired various people to do the job. Money well spent in my opinion. 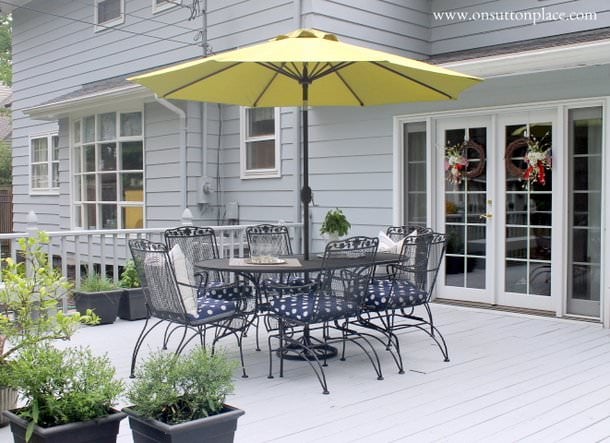 We went from a wood stain to a solid color. I wanted it to look updated and short of installing a new deck this was the only way I could think of to accomplish that. 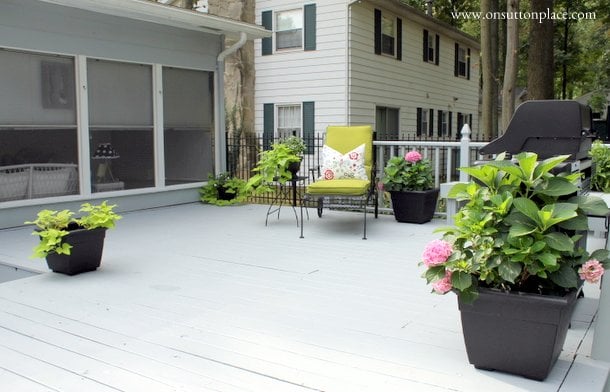 Here’s what we used in the color Gray Birch.

I love the way it turned out. It blends much better with the house and is a softer look. Here is what it looked like last summer… 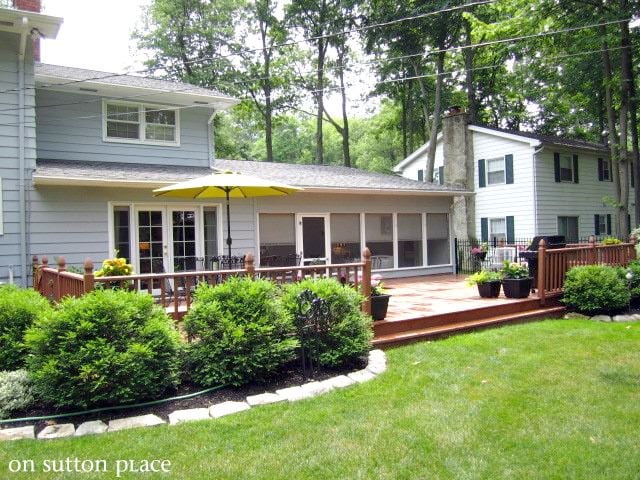 Here is the now… 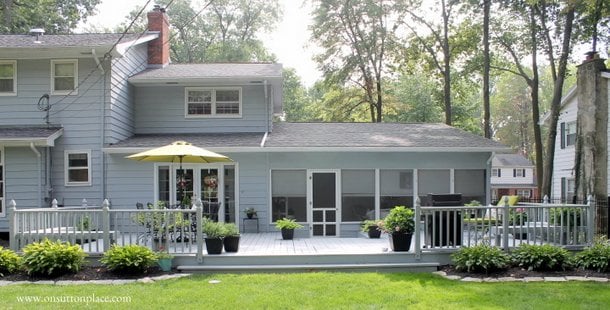 A few months ago we dug out the over-grown boxwood and transplanted some hosta. The hosta will die down in the fall and the leaf clean-up will be so much easier. The boxwood were sort of a leaf magnet. 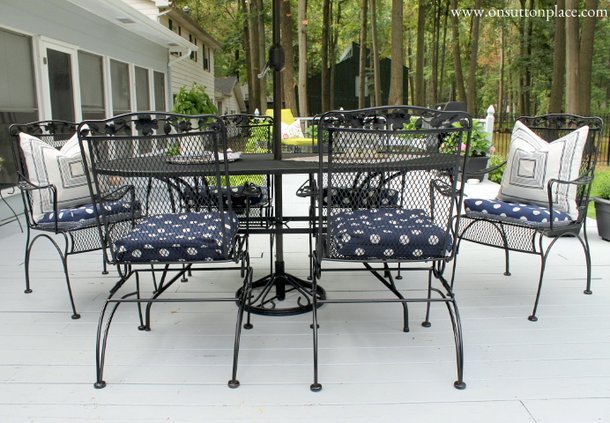 My long-wearing blue polka dot cushions hung in there for one more year. 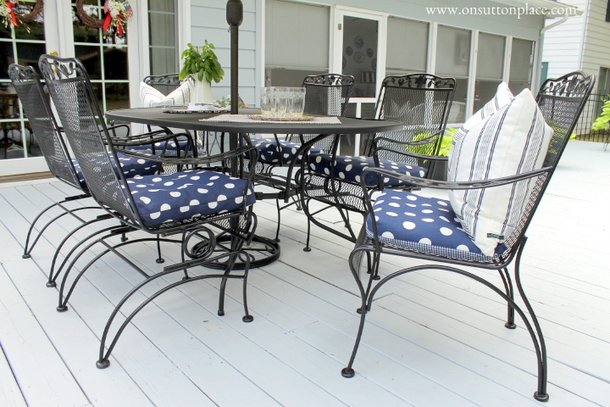 I used all the same fabrics for the deck and back porch. I can move cushions and pillows from one space to another and everything still works. 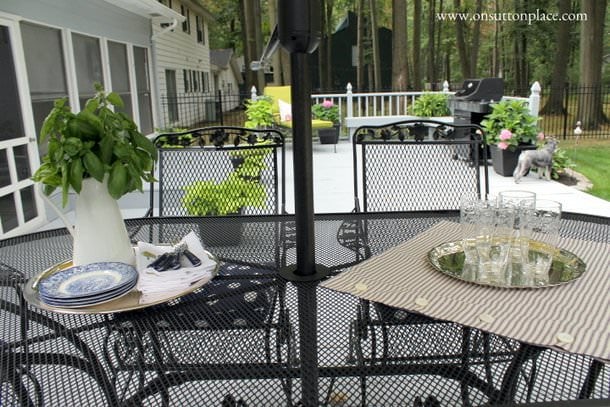 I had to replace the table a few months ago because for the THIRD time I broke a glass top that shattered into a zillion pieces. I should have learned after the first time and definitely after the second. I finally got smart and decided to get a table that couldn’t break. I looked and looked. In the end, I decided on this one fromhomedepot.com.

At least if it blows over (or I drop the umbrella on it) tempered glass won’t explode everywhere. It also matches my existing furniture perfectly. 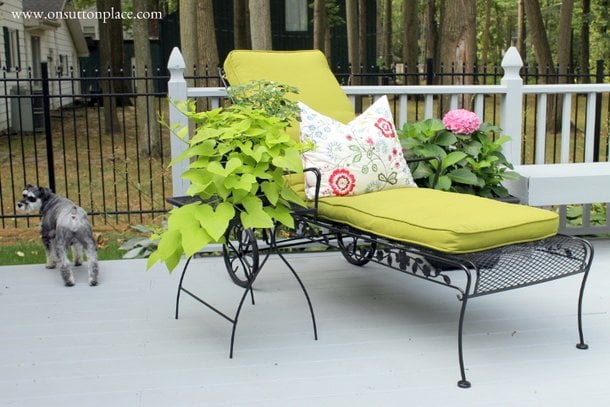 So we’re good to go for another few years. I had to put felt pads on all my chairs because they were making marks on the gray paint. I didn’t have that problem with the wood stain but I love the gray so the extra effort was worth it. 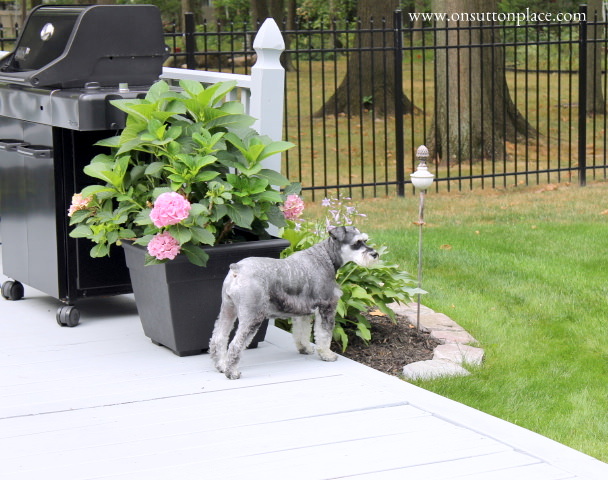 In case you’re wondering…I’m not a high paid spokesperson for Sherwin-Williams or Home Depot. Don’t I wish. I included the information just in case you were curious. 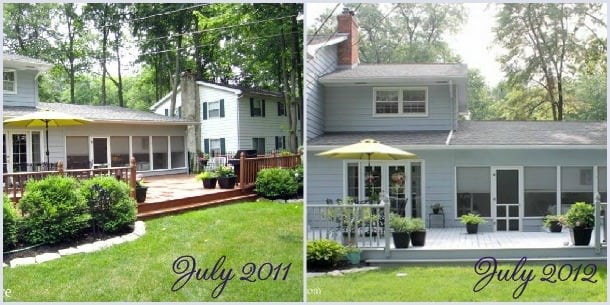