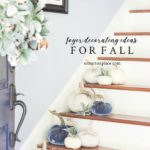 In this post: Simple foyer decorating ideas for fall using both velvet pumpkins and real pumpkins. Includes tips for arranging and how to add interest & texture. 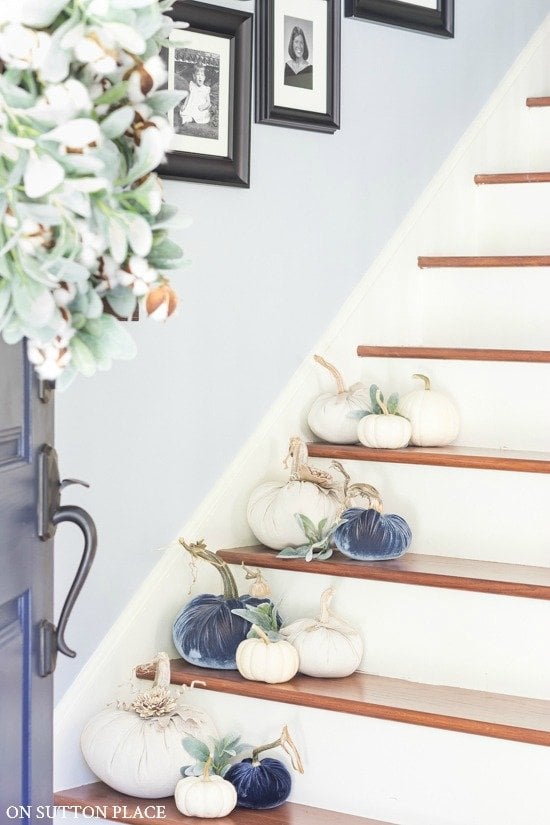 One of the easiest ways to add a simple touch of autumn to your decor is to sprinkle pumpkins around. It adds even more charm if they land in pairs, or small groups. With that in mind, today I’m welcoming you to my little foyer, all decorated and ready for fall. I’m honored to be joining a two-day blog hop hosted by Shelia from Maison de Cinq, who writes a blog brimming with French country inspiration. If you are coming over from Designthusiasm, welcome! 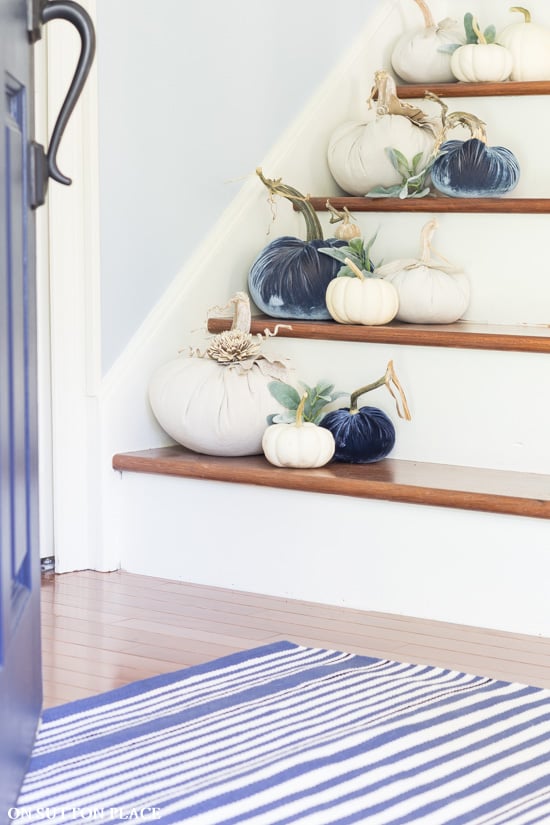 The perfect way to begin is to plop some pumpkins on a stairway, if you have one. I gathered up all the neutral faux pumpkins I had and placed them on the first four treads of our stairs. Since I didn’t want to replace the blue striped rug I added this summer, I combined a few blue pumpkins with the neutral ones. 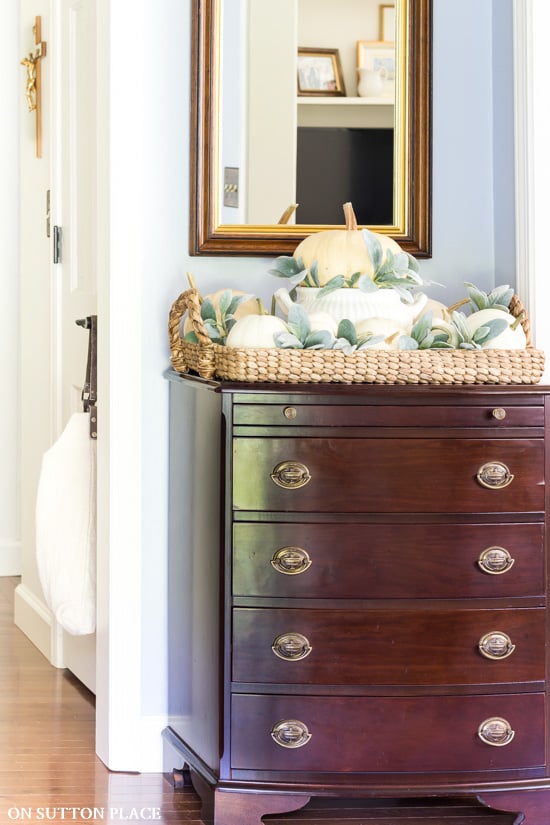 Next I turned my attention to the only other surface in our foyer, a small chest of drawers. Sometimes I like to go with a very simple look, and other times I feel like making a statement. I had picked up more white pumpkins at a local farm market, so I gathered them up and went to work on a statement-maker arrangement. I used a tureen and tray that I already had, so my only expenses were the pumpkins and two stems of lambs ear…and the pumpkins set me back a whopping $8.00! 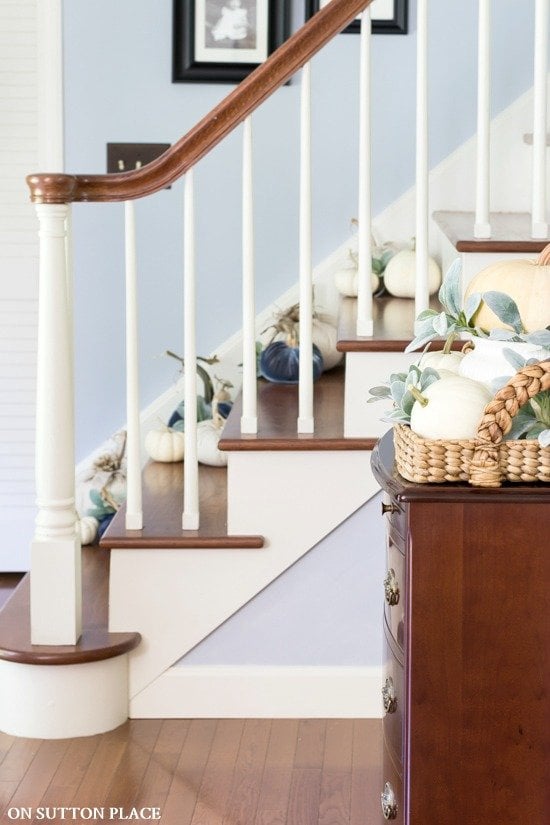 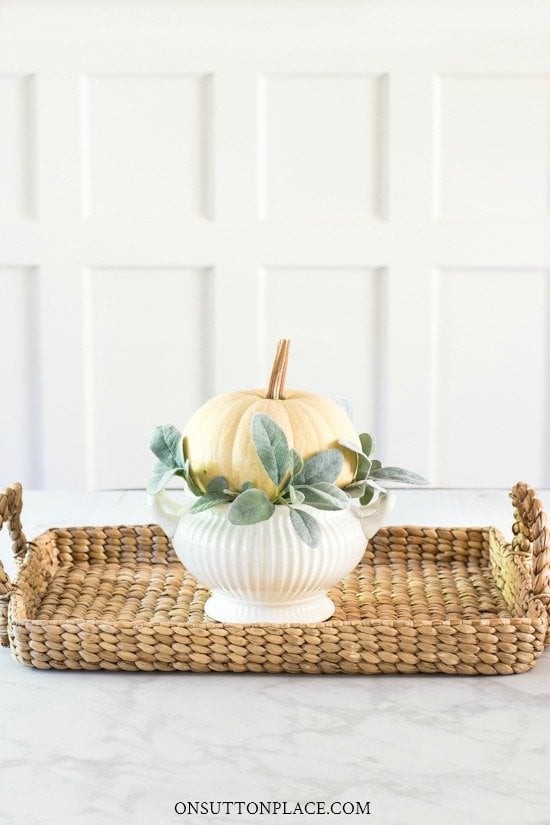 This arrangement is a bit heavy when it’s finished, so it’s best to place the tray where you want it and assemble it there. (For photography purposes, I put it together in my dining room.) Place the riser piece in the center of the tray. Add the largest pumpkin and surround it with small pieces of greenery. 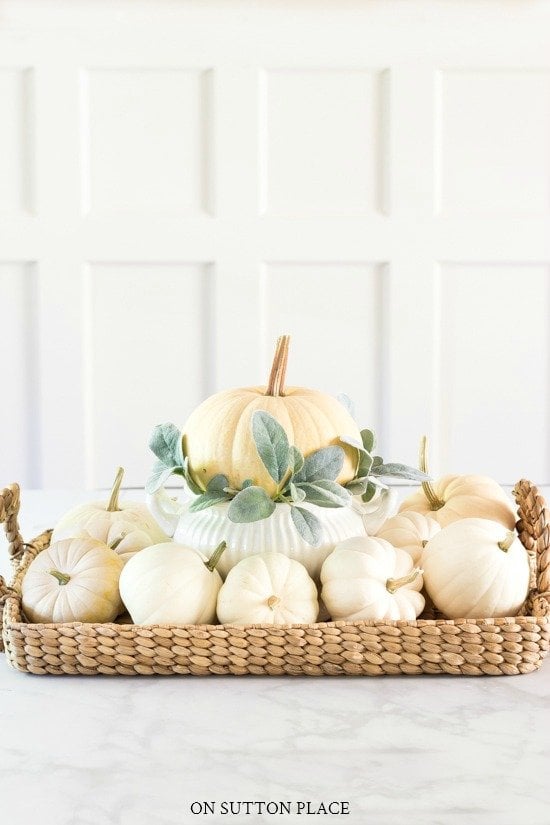 The next step is to surround the centerpiece with smaller pumpkins. There is really no rhyme or reason to placing the pumpkins. Mix up the sizes and turn a few of the pumpkins on their sides. 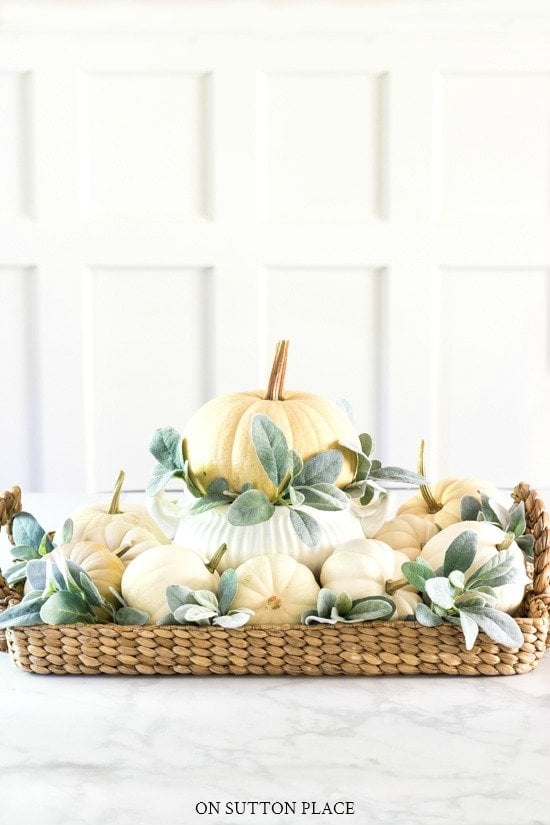 Last, nestle pieces of greenery around the pumpkins. Just stick the greenery in the spaces between the pumpkins to fill in the gaps. 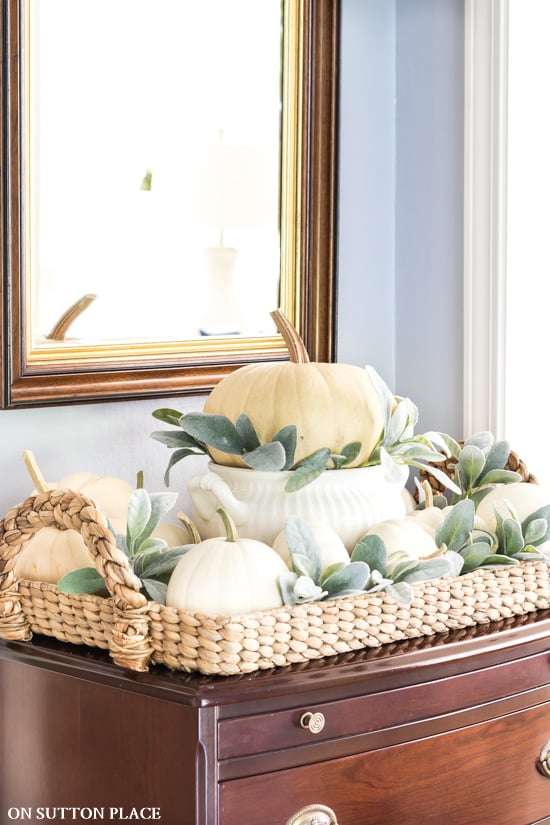 I love the way this turned out…and it took literally ten minutes. I used an easy trick to preserve all the pumpkins, so they should last until I’m ready to put up Christmas decorations.

How to Preserve Pumpkins & Gourds 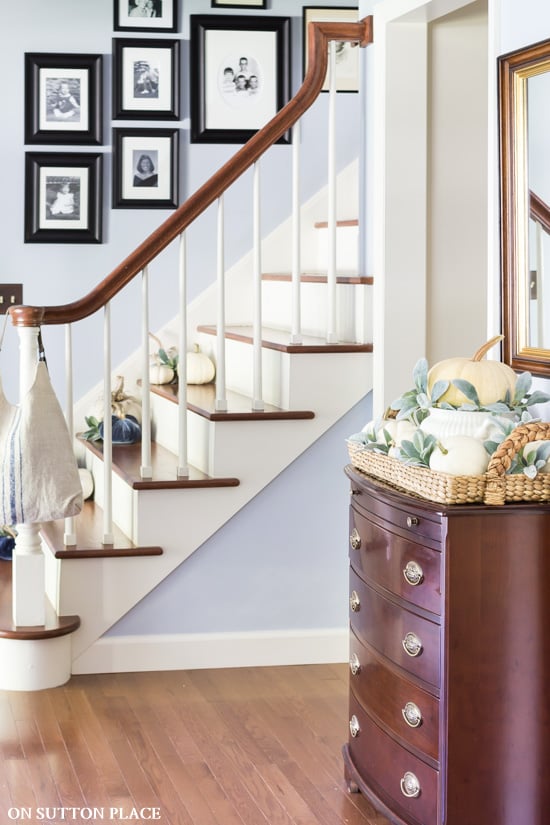 Now it’s time to send you along to Edith & Evelyn Vintage, where you’ll find fresh and beautiful French country fall decor ideas in soft, lovely  colors. After that, I hope you have time to look at some of the other links. 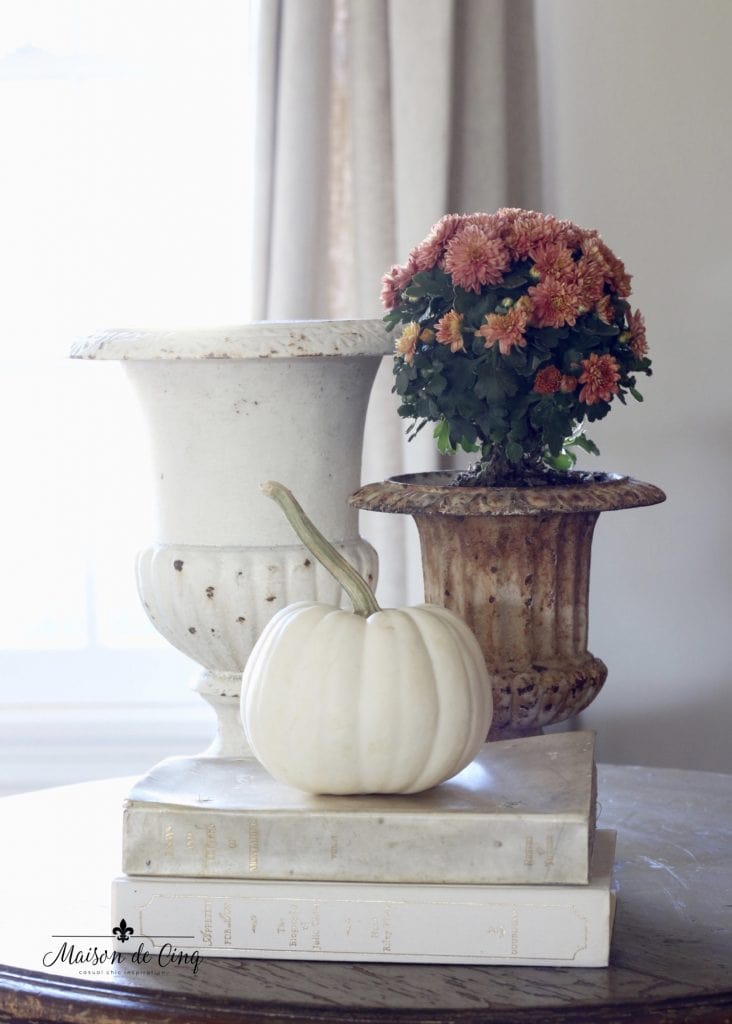 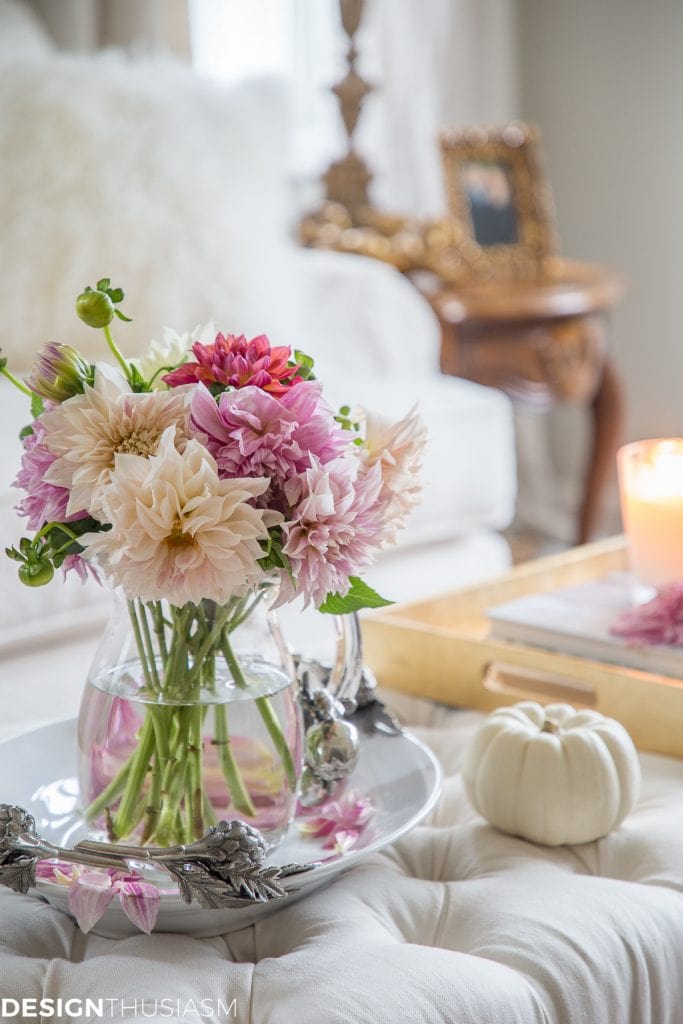 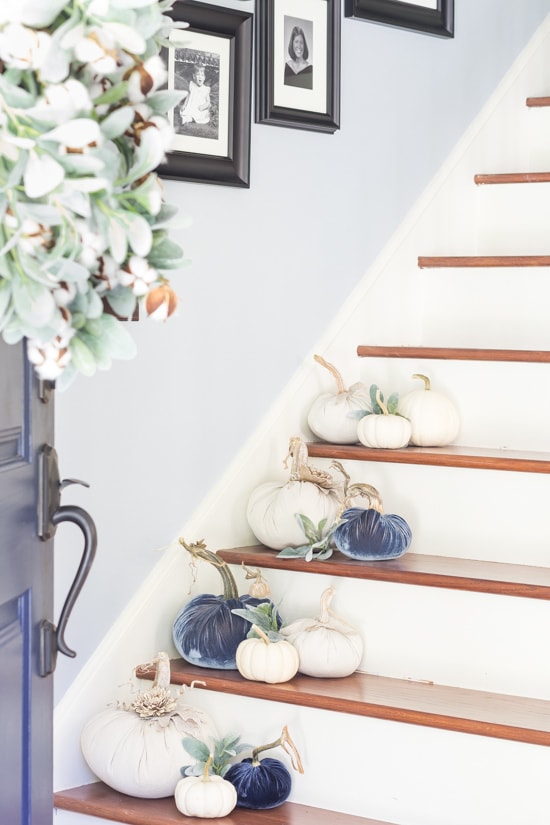 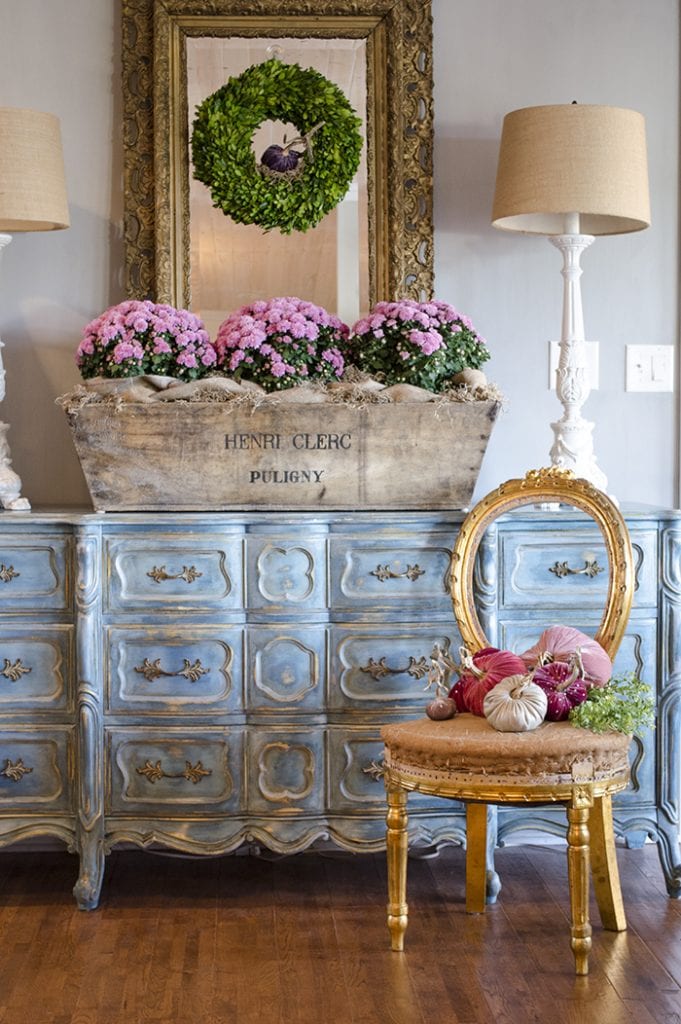 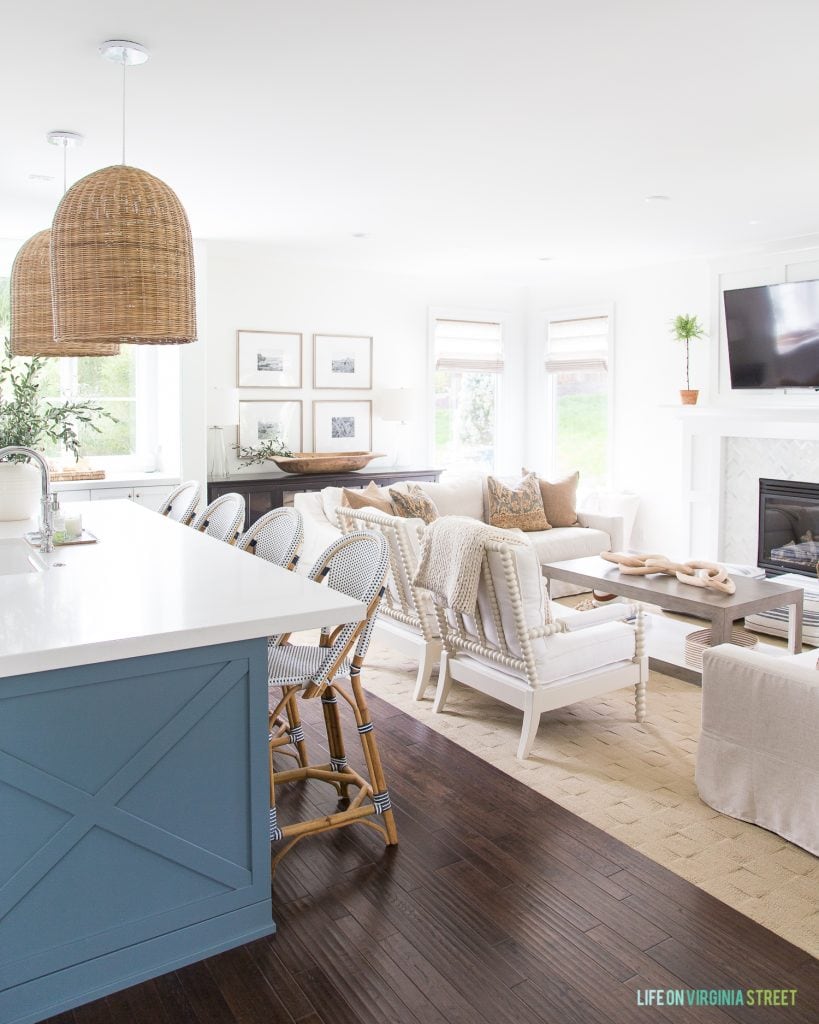 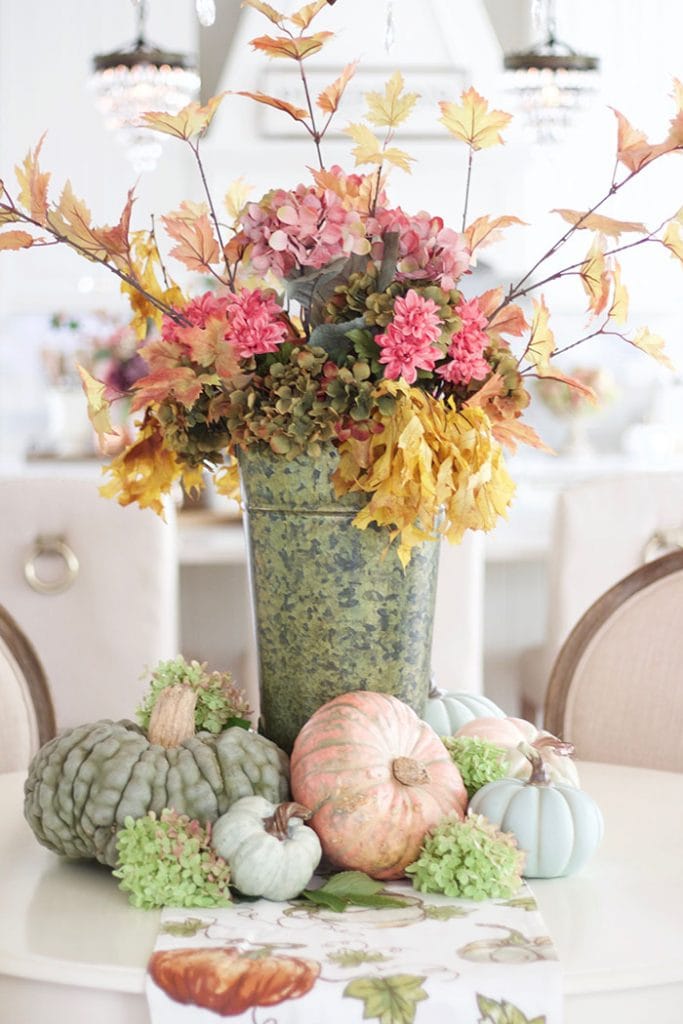 That’s a wrap for this year’s fall decor…but I’ve got some fun things coming up. There will be one more gardening post, at least one more new pumpkin recipe, a tablescape, and (fingers crossed) the clay tag tutorial. Thank you so much for your continued friendship…see you soon! 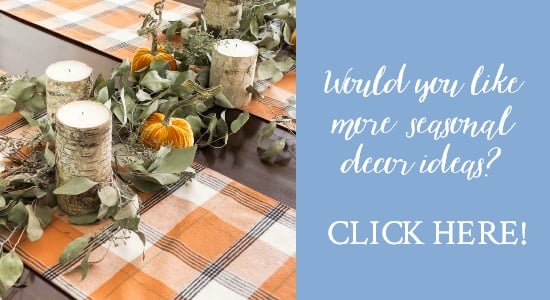