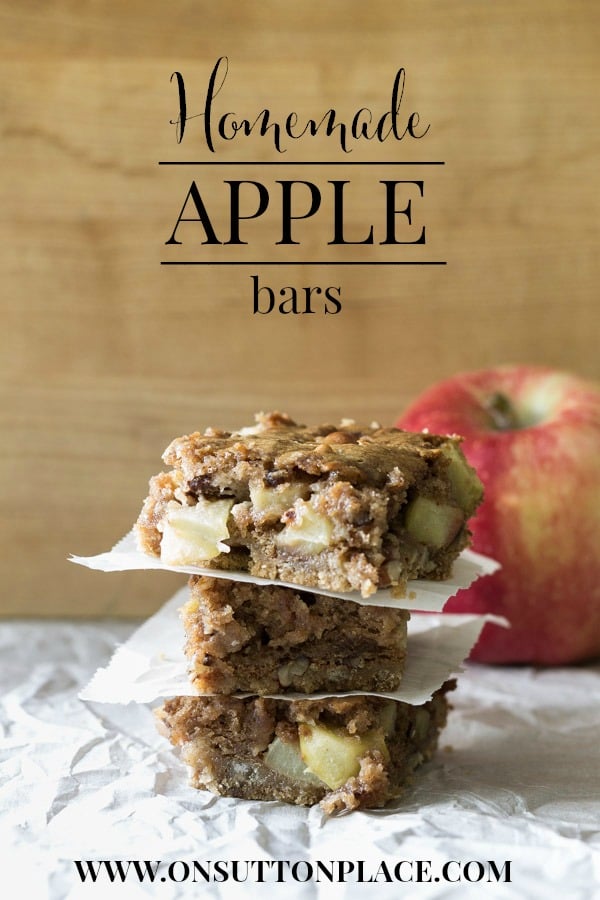 Jump to Recipe
Last week when I was at my Dad’s for dinner, he told me he had something for me. When he says this I never know what I’m going to get. The past few years he has tried to “clear out” drawers, cabinets and closets. It’s a slow but steady job and he really is making progress. Anyway, he handed me a large envelope that he found in one of my Mom’s desk drawers. It was full of random recipes. Some were cut from magazines or newspapers, some were hand written on scrap paper or envelopes, most were very old. As I was looking through them, I came across a yellowed, torn piece of newspaper that said “$25,000 Apple Squares.” It looked easy and it called for sour cream which, in my opinion, makes any recipe amazing. I was not disappointed. These bars are so simple yet so good and they totally live up to their $25,000 title! 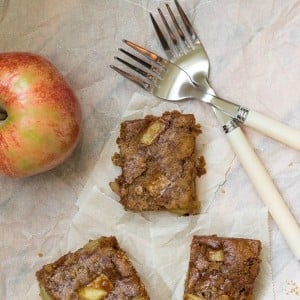 No ratings yet
Pin Print

Like this recipe?Follow me at @onsuttonplace
They literally took 10 minutes to throw together and put in the oven. Half of that time was spent chopping the apples. The best part about these bars is the bottom layer. It’s a buttery, crispy crust that holds the bars together after they are cut. This would be a great dessert to take to a pot-luck or family dinner. A crowd pleaser for sure. 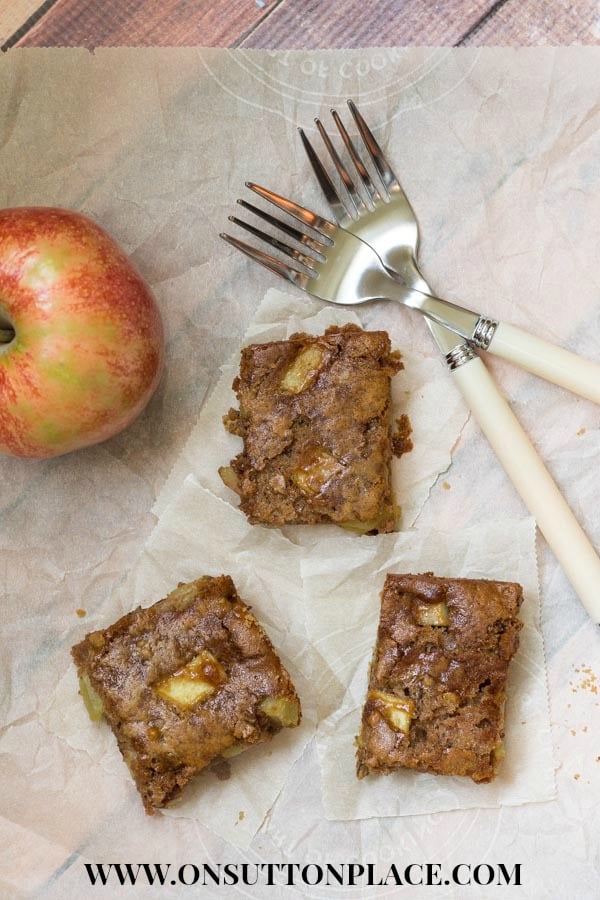 Make sure and chop the apples rather small so the bars can be easily cut. The apples were completely cooked but were not mushy which I was very happy about. I’m not really a fan of mushy apples! 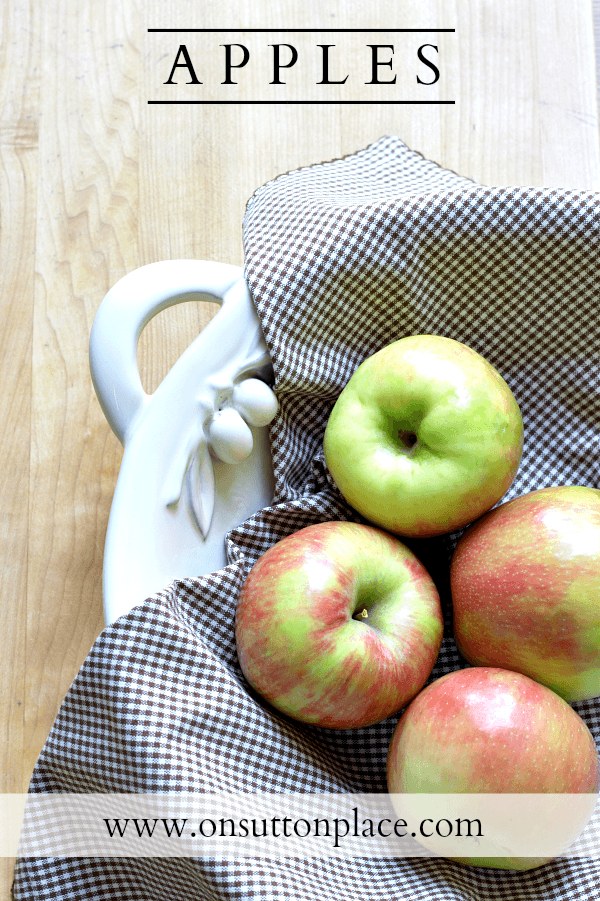 I’ll be back tomorrow with a little Fall Wreath Inspiration.
Until then…enjoy! 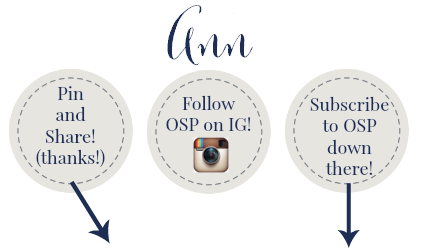