Many years ago my neighbor put up a 6 ft. fence on the property line between our houses. At first I wasn’t sure how to feel about it. I tried not to be offended but I have to admit that I was…just a little. I soon got over it though when I realized it was the perfect spot for a fence row garden. I wasn’t sure how to plant a fence row garden but I was determined to find out.

I knew when I started planning that I wanted blooms. Lots and lots of blooms. I also knew I was going with all perennials. I wanted to plant something once and see it come up year after year. Well…it’s been a process for sure. Honestly, I’ve had more things die than have lived. But with each passing of some poor plant, I learned something. I either watered too much or not enough. It got too much sun or too much shade. Over the years, after quite a bit of trial and error, I now have what can be called a real garden.

The plants I chose are mainly tried and true all American favorites. Black-eyed Susans, Lavender, Peonies, Daisies, Phlox, Coreopsis, Sedum and of course the queen of all blooming plants, Hydrangeas. 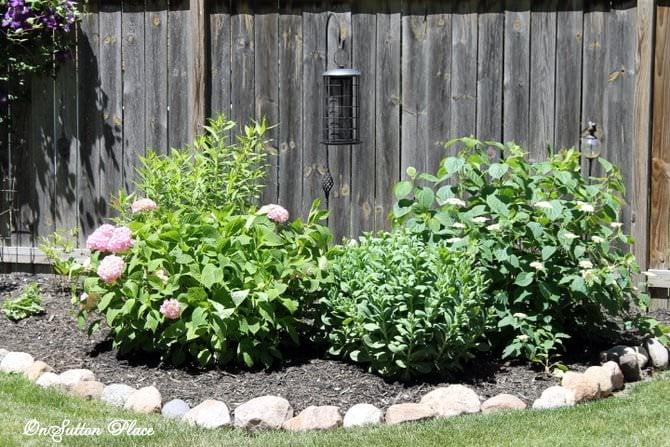 I began by marking a curvy line several feet from the fence and laying field stones as a border. This took a couple of years. I got the first load of field stones from a co-worker for free. It wasn’t quite enough so the next summer I actually bought some stones to finish the border. I vividly remember thinking to myself that I was surely nuts to be paying money for rocks. Nuts or not, I had my border finished!

Next was a few loads of good soil and some compost. The first plants went in at the end of the summer in 1999. 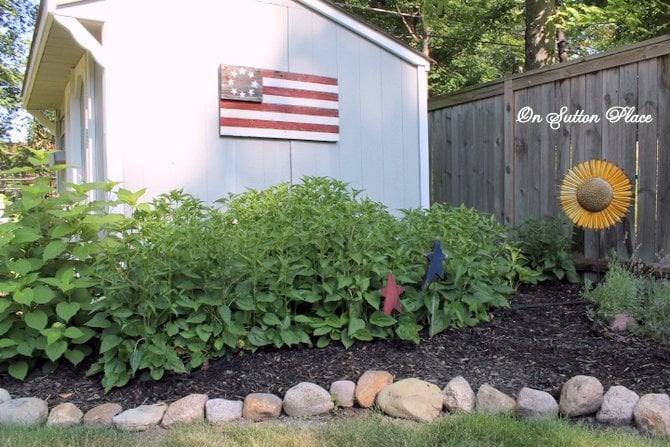 Before I planted my garden, I wasn’t a big fan of the shed. After the first few years, when the plants started maturing, the shed actually began to make sense. Instead of an eye-sore, it became part of the garden. 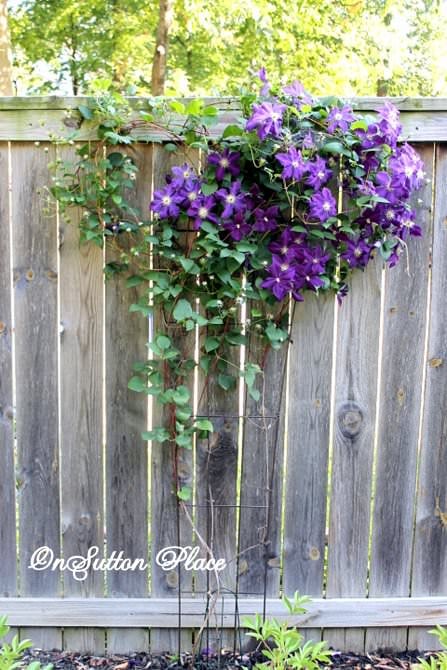 One mistake I made at the beginning was neglecting to plant any climbing, flowering vines. I’m fairly certain that back then I didn’t even know what climatis was! I’ve added bittersweet and a purple clematis and both have done pretty well. 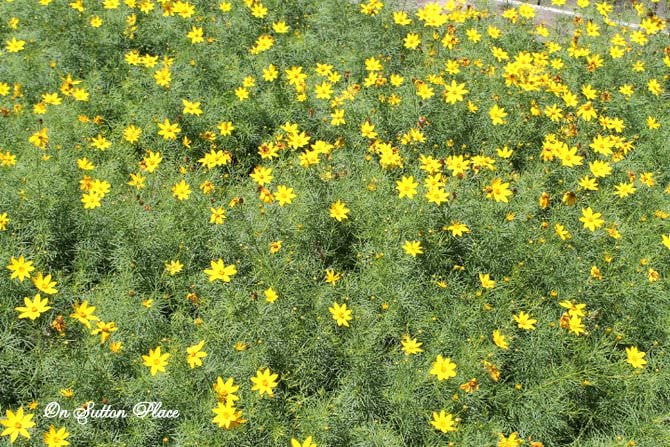 The two plants I can depend on to bloom year after year, no matter what, are this coreopsis and the black-eyed Susans. From 3 small plants I now have a bed of coreopsis that measures at least 4 ft. x 6 ft. The black-eyed Susans had their best year ever last summer. I’m certain it was a result of laying soaker hose through out the garden before I mulched. Amazing what a little water can do!

I do struggle, year after year, with lack of blooms on the hydrangeas. I’ve tried various things. Cutting them back, not cutting them back, bloom booster in March, Miracle Gro in May, and the list goes on. This year I’ve tried something completely new…and maybe a little crazy. I’ve saved coffee grounds and laid them at the base of all my hydrangeas. Every spring I think to myself “This is the year.”  This spring is no different. I am waiting with baited breath to see what happens. (Update March 2014: the coffee grounds didn’t make a bit of difference. I know they have worked for some…but not for me!)

I follow the same philosophy in my garden as I do when I decorate my home. If I like something, I make it work. I don’t want a plant in my garden that I don’t absolutely love.  I’m not big on pruning so I have nothing that needs cut back regularly. The soaker hose made life much easier by eliminating the chore of daily watering. Standing out there with a hose is just not my idea of fun!

Almost 15 years of toil and sweat has produced a little fence row garden I am proud of. I know the day will come when I have to leave this house. Of all the things I love about living here, my back yard and fence row garden are by far what I love the most. I hope the next owner will appreciate them and love them like I do. 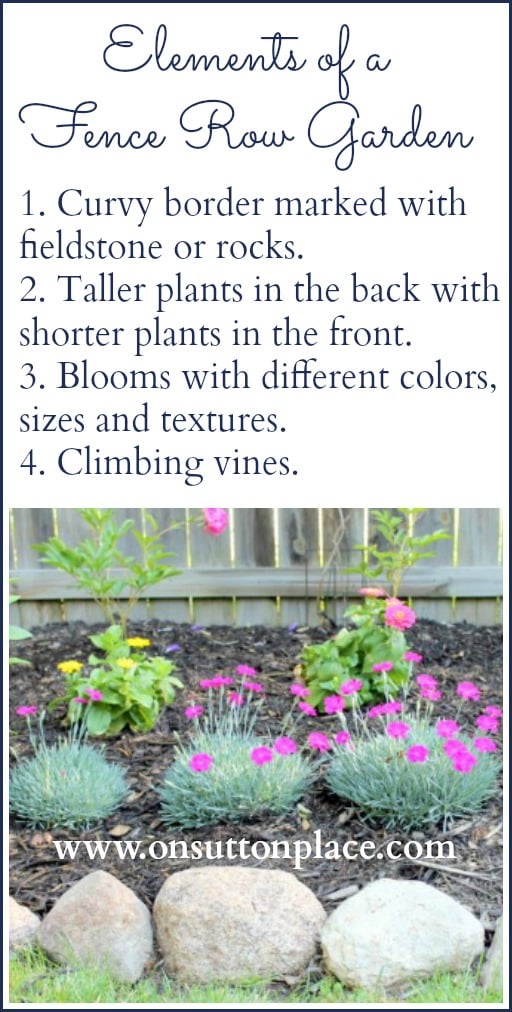