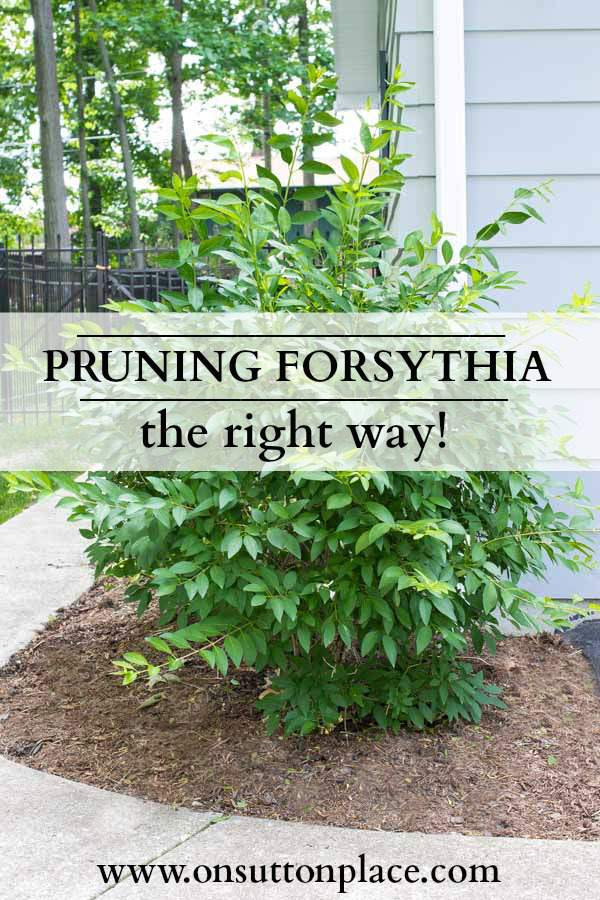 One of the lessons I’ve learned from my DIY gardening attempts is knowing when to give up and just start over. Sometimes that means disposing of a dead plant and literally planting something new. Other times it means brutal pruning and a season of waiting to see what happens. In the case of my forsythia, I had to give up a few weeks ago and admit defeat. I have two very old bushes, one on each corner of my house. My dad and I moved them from the back yard to the front the first summer we lived On Sutton Place. They are very old but incredibly hardy. Even though I know how to prune forsythia, the past few years I have been trimming off only the wild shoots. As a result they got very top heavy. When I started to trim them this year I realized drastic measures would have to be taken. 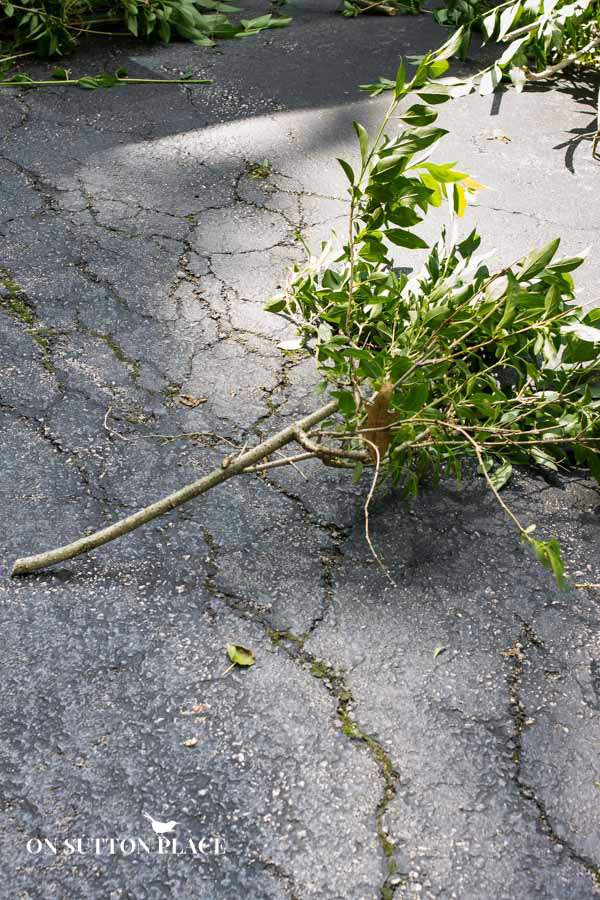 The correct way to prune forsythia is to find the longest, thickest branches and cut them at ground level. The rule of thumb is to try and take out 1/3 of the bush. Where a forsythia branch is cut, two branches form and grow. So if you cut at ground level, 2 branches will shoot up and the result is a thick and healthy bush. As you can see in the pic above, when I started cutting the thickest branches they were bare at the bottom and full at the top. This is NOT what you want! 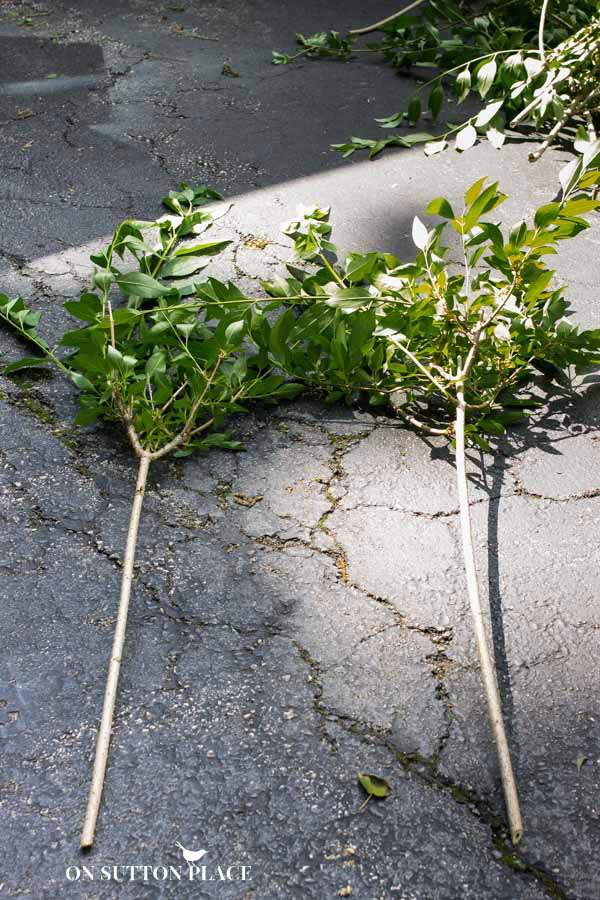 As I began to remove more branches I realized they all had to go. There was very little foliage at the bottom of the bush which would explain why I didn’t have yellow buds in the spring. I ended up pruning both of my bushes to ground level leaving just a few branches that had leaves. 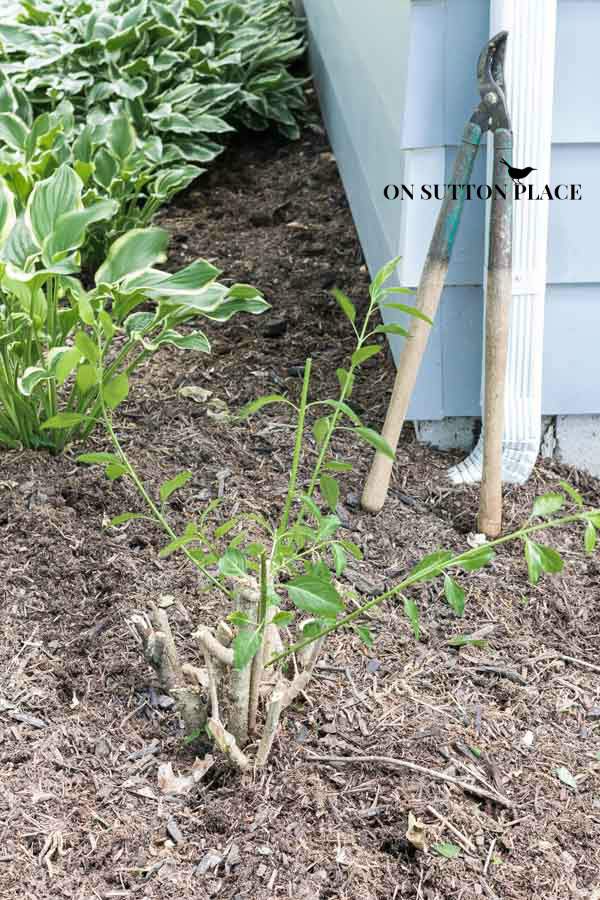 As you can see in the pic above there wasn’t much left. I had faith though that everything would be OK….and it was. Just a month later, both bushes have great foliage and are beginning to really fill out. 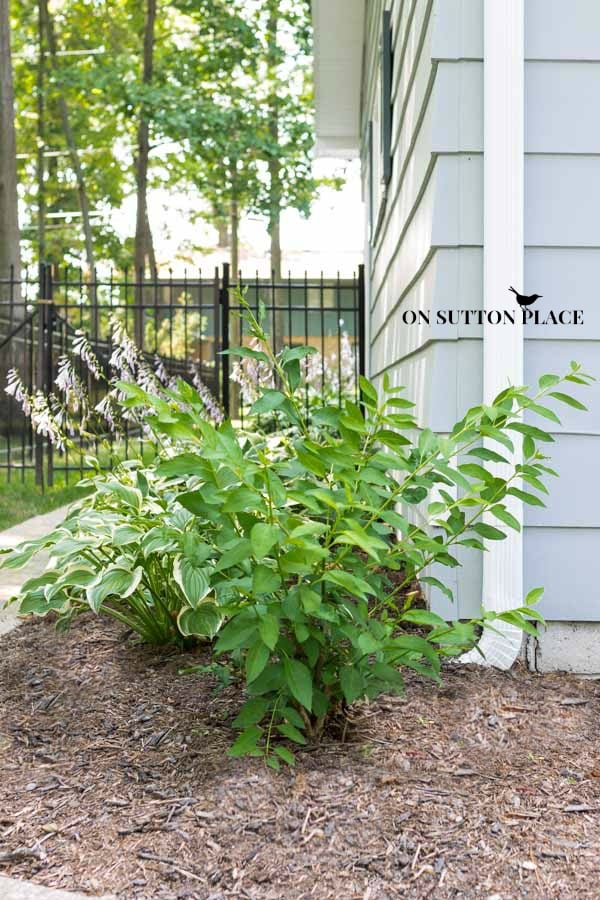 I don’t know if I was in time for these new bushes to form buds for next spring. Forsythia blooms on old wood. I may have to sit out a season but hopefully in a year or two they will look like this again. 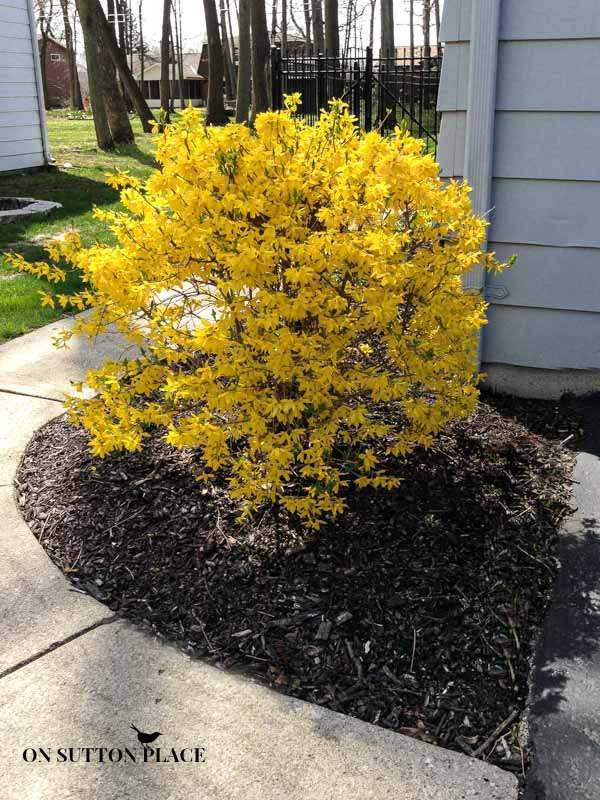 If you have forsythia that doesn’t bloom any more, this is a great way to jump start it into producing buds again. The best time to hard prune is late spring, but if you missed your window of opportunity, take a chance and hard prune now. You won’t be losing anything because the bush wasn’t blooming anyway. I’ll report back in the spring and let you know if I have any yellow blooms. Oh…and on a side note. After seeing these pictures I realized my driveway really needed some attention. We’ve had it sealed and it looks much better! 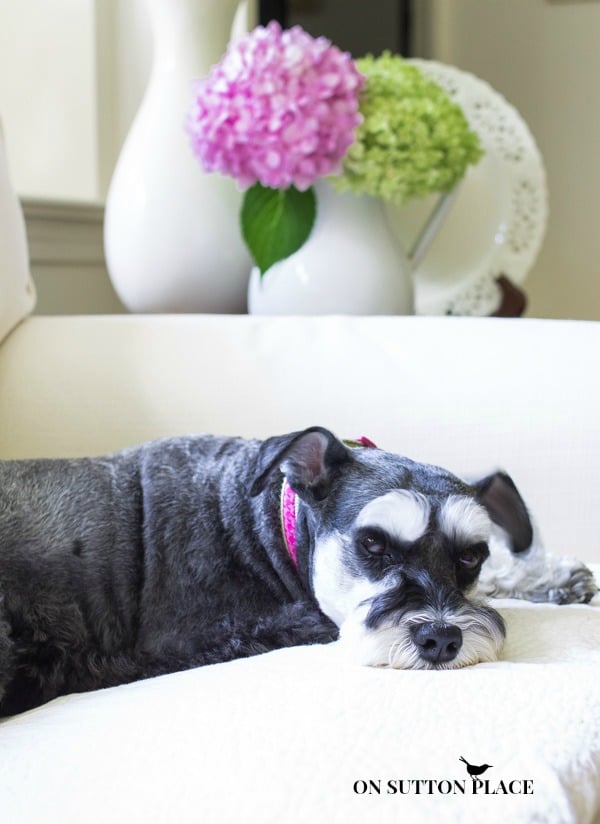 Before I go I want to thank you all again for your kindness after our little dog, Kelly, was attacked. It’s been just over 4 weeks and she is pretty much good as new. We still have a few things to work on…she’s timid in our yard and won’t stay out very long. We are both easily spooked when we hear a dog bark…and we don’t walk far from home yet. The owners of the attack dog are fighting the dog warden’s citation to declare it a “dangerous” dog. That means we have to go to court and tell our story. I’m nervous but determined to do all I can to prevent this from happening to another family in our neighborhood. Twice is two times too many. 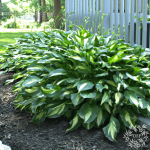 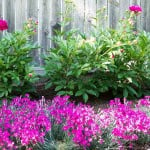 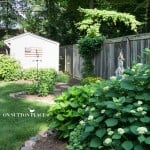 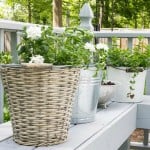 Thank you for your friendship and lovely comments. See you soon!