In this post: A simple, affordable and DIY update for a wood deck that includes stain, a railing fix and new accessories.

In the spirit of keeping it real, I’m here today to share our back deck and how I fixed a mistake I made a few years ago. First of all, let me say that sometimes you just have to take a leap of faith and try something new. If, by chance, it doesn’t work out so well, you also must admit you were wrong. Which is what I’m doing today…but let me start at the beginning. Here (below) is our deck in late May. Notice the light gray stain. 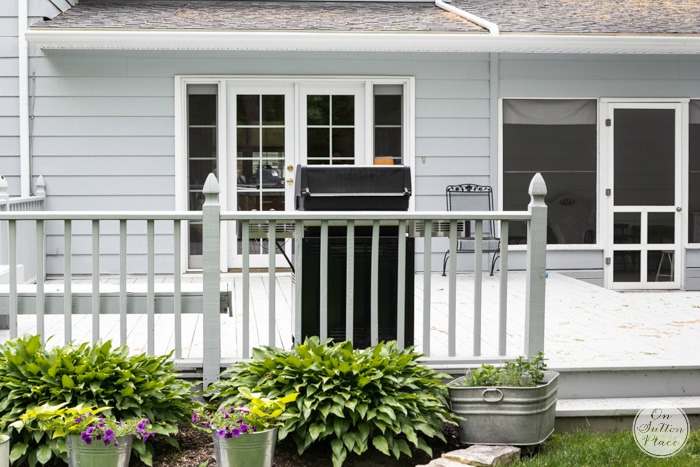 Anyone who has a wood deck knows that the staining ritual needs to take place every few years. For us, it’s always a major ordeal. The last time we tackled it, I decided I wanted a giant bang for my buck, so I chose a completely different, much lighter stain color. Oh, did I love it. My happiness soon wore off because although very pretty, the gray quickly got dirty and was hard to clean. 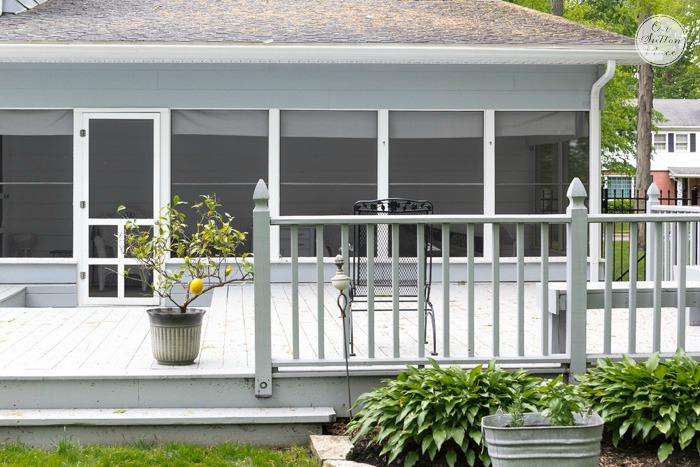 My husband has spent the past three years saying I told you so…because he warned me, but I didn’t listen. So after living with it a few years and trying my best to keep it clean, I admitted defeat, and went back to a brown stain for the deck floor. 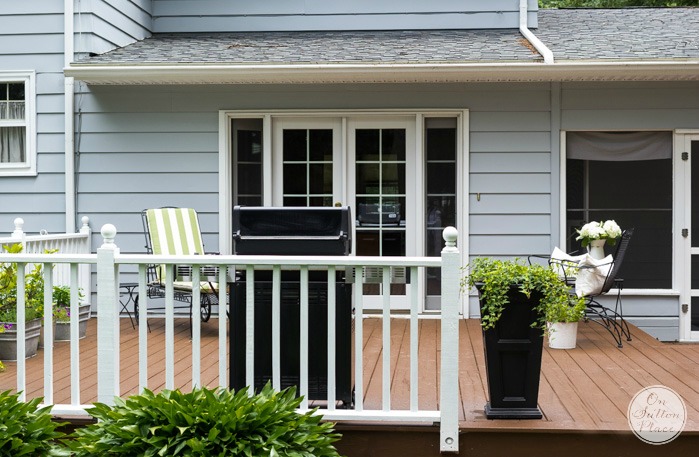 It does show dirt, but not nearly like the gray did…and most of the time I can tidy up with just a blower. After searching on Pinterest for deck colors, I decided to go with a white railing. This pin was my inspiration. I am, so far, very happy with my choice. Not only does it have an updated look, but the white railing lightens it up too. 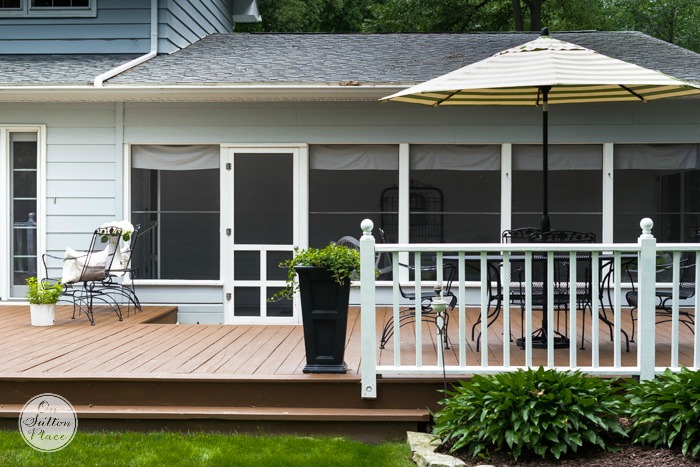 I also had a problem with rotted posts. At first I thought I would have to replace every post in the railing…or remove the railing altogether. After thinking about it a while, I realized I could just cut off the post tops and add a finial. 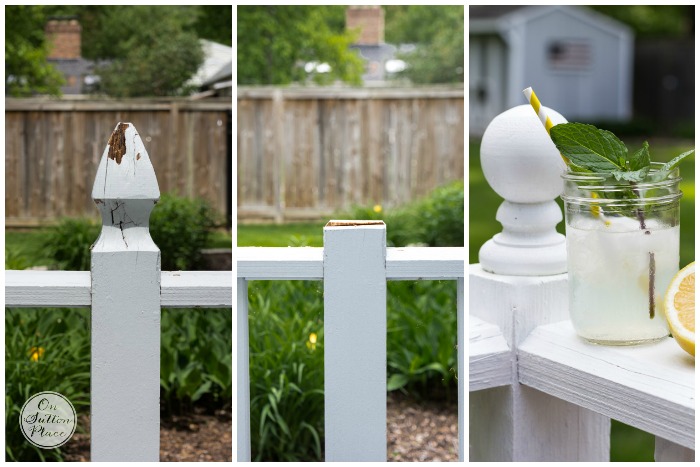 I really wanted the post caps like in my inspiration picture, but I opted for the finials, because they were so much cheaper. The caps were over $10 each and the finials were just over $2.00. I needed eleven, so after I did the math, the finials won out. I think they give it a little classic charm and honestly, anything is better than the rotting posts I had before. 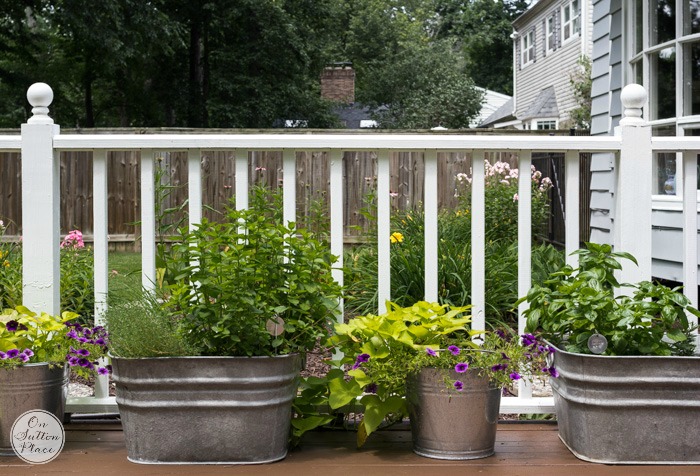 So…at least for a few years my deck is squared away. On my never-ending wish list is a new deck made from composite decking. It’s not at the top of the list though, so chances are it will never become a reality. I’ve said many times, that of all the things about our home that I love, my favorite is the backyard area. Keeping that in mind, I just might move that new deck up a rung or two on the wish list!

Back Deck Before and After
Vintage Galvanized Wash Tub Herb Garden