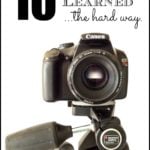 Before I even begin this post on my top 10 photography lessons learned, I want to say that I am so not an expert…at anything and particularly not at photography. It has not come easy for me and there have been many times I wanted to throw in the towel. Except for raising my children, I have never tried so hard to do something well. Ever.

Over the past three years, despite all the setbacks, I have learned a few things. If, by sharing my story, I can help someone out there somewhere, than this post will have served its purpose. There has been one person who has taken me under her wing, so to speak, and helped me immensely. Her patience and generosity have brought my photos from mediocre to very acceptable. My friend Dawn, from Creative Cain Cabin, is a gifted photographer. She is a natural and has spent literally hours with me on the phone giving me little tutorials and pep talks. Now on to the lessons learned.

*Some links lead to websites where I am an affiliate. Click HERE for my disclosure statement.

When I started my blog, I didn’t own a camera.  I knew exactly nothing about photography. I didn’t take the time to research what I should buy or how to get started. Big mistake. I went out and bought a $100 point and shoot. I literally, in my opinion, wasted the first year of my blog trying to make it work. When I finally realized I needed a better camera was when the process of becoming a photographer really began. I shopped and looked, and looked and shopped some more. I ended up buying a beginner Canon Rebel T3. Two years later, I still think it was the right choice for me.

Moving on now to the second year of my blog and trying to learn my new camera. I’m not going to lie. I found it hard and frustrating. One thing I was constantly fighting with was the lens that came with the camera, an 18-55 mm zoom. I had just spent all that money on a new camera and couldn’t justify turning around and buying a new lens. If I had, I would have saved myself months of tearing my hair out! Most kit lenses are bad and mine was no different. When I gave up and purchased a new lens it was the 50 mm for my food photos. I didn’t get the expensive one…mine cost about $100.00. After that I got the 35 mm for room photos. I adore this lens and wish I had bought it with the camera.

10 Photography Lessons Learned update November 2017: Since I wrote this post, I have upgraded both of these lenses. I now use this 50 mm lens and this 35 mm lens.

January 2013 ~ I was still in sort of a fog when it came to my camera and the settings. I was shooting on Auto but knew I needed to stop. The fog began to lift when I took the Shoot Fly Shoot Photography class for beginners. You buy the online video and it’s yours forever. I watched it three times before I picked up my camera to adjust the settings. I’ve lost count how many times I’ve watched it but every time I do I learn something new.

Photography Tip #4: Get off AUTO.

As soon as I figured out my camera settings I began shooting in Manual. I said goodbye to Auto and have never looked back.  There were a million times I considered using Auto again but in my mind, that was moving backwards. No one wants to do that. During this period my photos weren’t great and I struggled with editing. But I didn’t give up which I guess is the most important thing.

Photography Tip #5: Get a Tripod.

When I purchased my first tripod, for about $20 from Walmart, things improved immensely. Eliminating the camera shake which occurs when you hold the camera really helped sharpen my photos. I know I sound like a broken record, but I wish I would have gotten the tripod when I got the camera!

This is the tripod I’m currently using.

Photography Tip #6: Use the timer.

Along with using the tripod, I began using the timer on my camera. This, for me, was a light-bulb moment. The two combined, tripod and timer, changed the way I thought about photography. I set the shots up differently and began to see more improvement.

Photography Tip #7: Get an editing program.

Fall 2013 ~ Editing programs are intimidating. Believe me, I get it. I spent the better part of three years avoiding them entirely.  I used Picasa, then Picnik and then PicMonkey. All are free options and very user friendly. Shortly after I bought my camera I purchased Photoshop Elements with an Amazon gift card. I never figured it out though…the only thing I use it for is to add text to my pics. When Dawn recommended Photoshop Lightroom, I didn’t jump on board right away. The more she raved about how easy it was, the more curious I became. Just a few months ago I downloaded a 30 day free trial. For me, it was a total game changer. Dawn gave me a short tutorial over the phone and I took it from there. To say the photos on my blog have improved is an understatement. Keep in mind I didn’t change anything else…just the editing program. When my free trial ran out I didn’t hesitate a second in buying the full version. Now I couldn’t blog without it.

One thing it’s very important to know: you need to shoot in RAW to take full advantage of any editing program. I learned that very late in the game as well.

The power of Pinterest is mind-boggling.  As bloggers, we have learned to use it to our advantage. One thing that Pinterest did for us was to introduce secret boards. I have a secret board where I pin great photos that I use for inspiration. If you see a beautiful dessert photo, or an amazing room shot, pin it to your secret board. Visit the board when you need ideas or just to remind yourself of the possibilities. Endless possibilities.

There were times during the past year that I literally wanted to either pull my hair out or quit altogether. I put tremendous pressure on myself to get “the perfect shot.” I spent hours trying to style my photos so they would be accepted by the Gawker sites.  I know now that I was not pointing my energy in the right direction. I had to step back and stop obsessing to see what was right in front of me. Which was that I needed to take the picture, edit well and not worry about anything else. It wasn’t until I had almost forgotten about those Gawker sites that my photos started being accepted on a regular basis. If something is giving you a hard time, walk away. Forget about it for a while to clear your mind. When you come back to it, your perspective will be different.

I’ve left this lesson for last because it’s one I still struggle with all the time. Taking the time to practice your photography seems like a no-brainer but finding the time is hard. Our time is precious and some of us barely have time to blog to begin with. Here’s what I learned…don’t practice for the sake of practicing. When you are shooting a project, take extra shots from different angles. Experiment with your camera settings. It may add 5 or 10 minutes to your photo shoot but eventually you won’t even consider it practicing. I don’t do this, but Dawn never leaves the house without her camera. That’s another great way to get some extra time behind the lens. Even if you are waiting in the take out line at Panera, you can shoot some pics!

Photography Bonus Tip: Don’t give up.

I really don’t know what has stopped me from totally giving up because there were a million times I wanted to do just that. I confess that I’ve been reduced to tears on more than one occasion while either shooting or editing. Those rejection emails from Gawker were enough to make me want to curl up and quit. All I can say is that in order to grow my blog, I knew that I needed to improve my photography. For a creative blogger, photography is everything.  I’ve been incredibly lucky along the way too. I’ve made a lot of bad decisions but intermingled with those have been a few good ones. After three years and all I’ve been through, giving up is no longer an option. I hope these 10 photography lessons learned help you to avoid some of the frustration I have felt along the way!

Before I go I want to share with you the best photo I have taken so far…in my opinion. 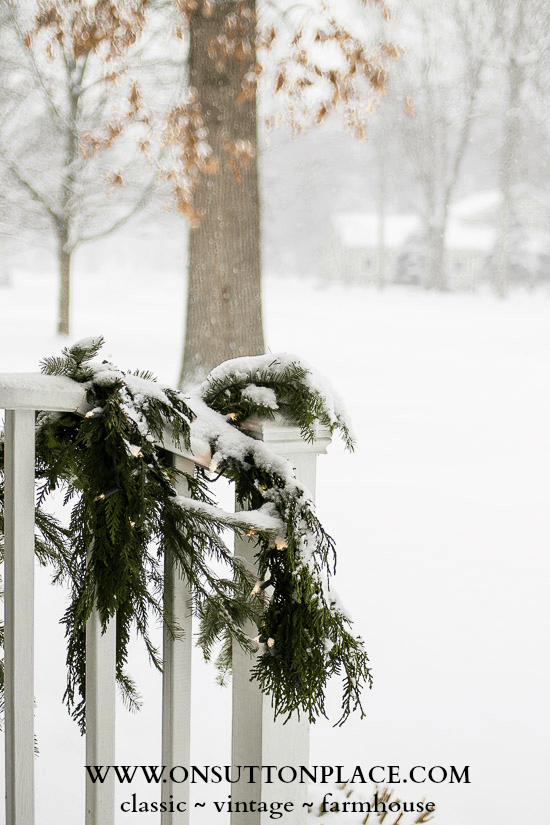 Like many lovely moments in life, it wasn’t planned or thought out. It just happened. 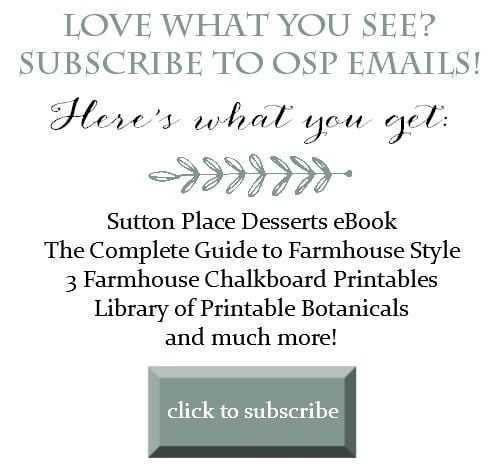