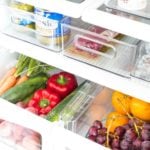 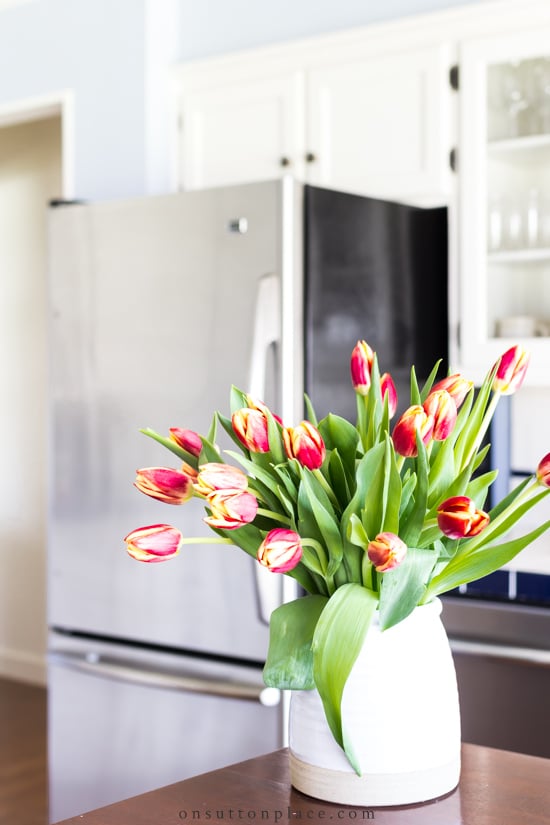 In my quest to embrace our existing kitchen, I recently tackled a kitchen cabinet organization project that has literally changed my life. That may sound dramatic, but it’s true. During the process, I slowly transformed our kitchen from a room I desperately wanted to gut, into a room that is functional and organized. The good things now outweigh the bad, and I enjoy the time I spend there. 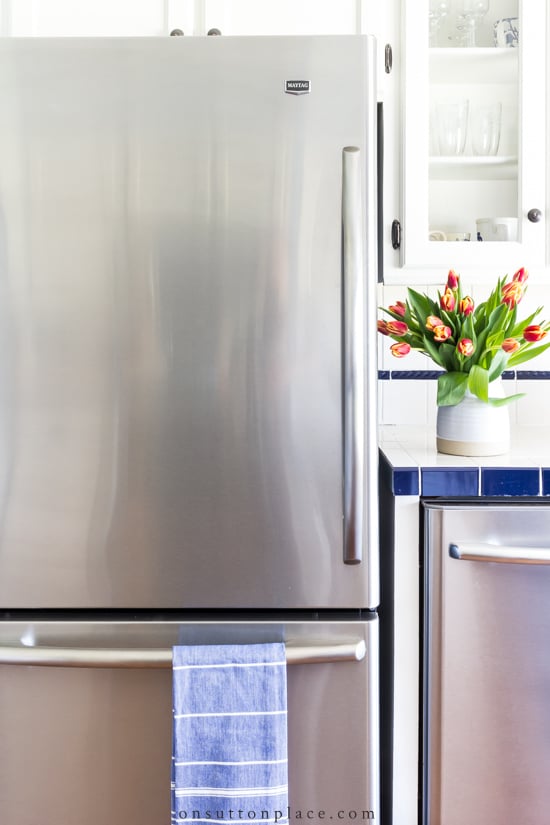 When the cabinets were finished, the next space that needed attention was our refrigerator. When I chose new appliances several years ago, I was limited to a small selection of refrigerators that would fit the space. Due to the age and layout of our kitchen cabinets, most refrigerators available were too big. I love our refrigerator, especially the bottom freezer drawer, but the size does present some challenges. Read on for a breakdown of these challenges followed by affordable solutions. 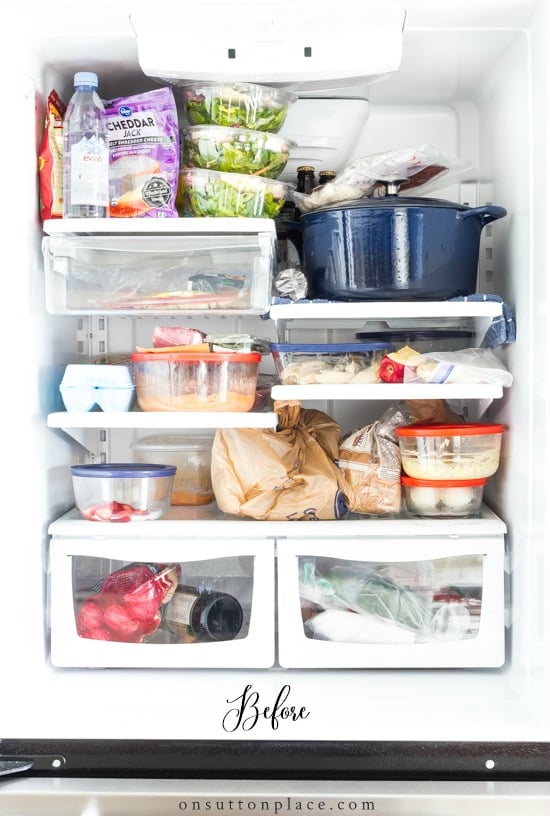 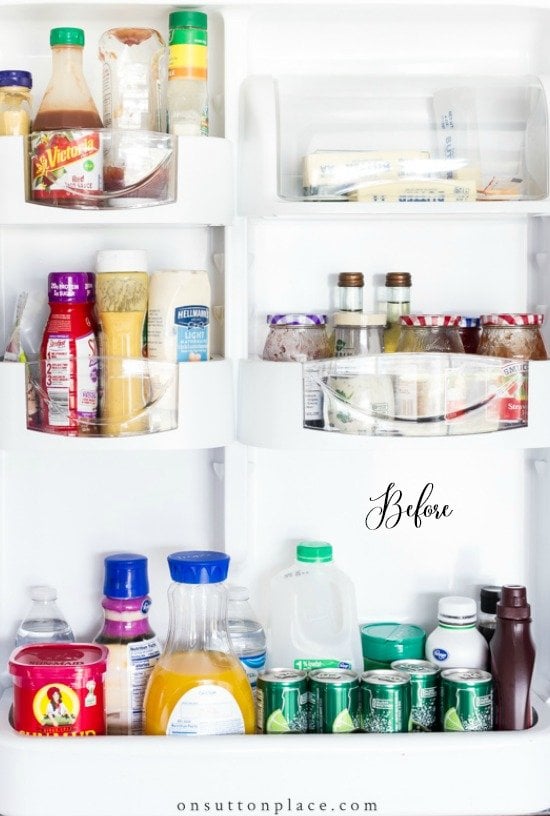 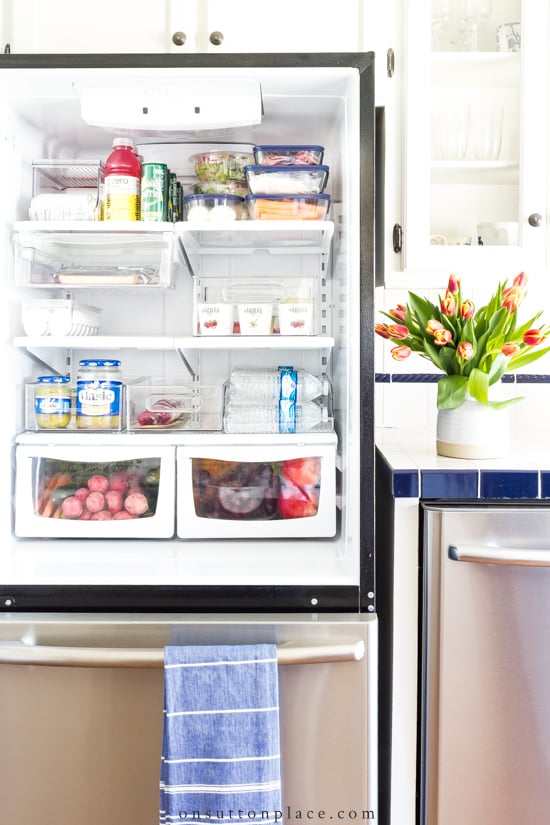 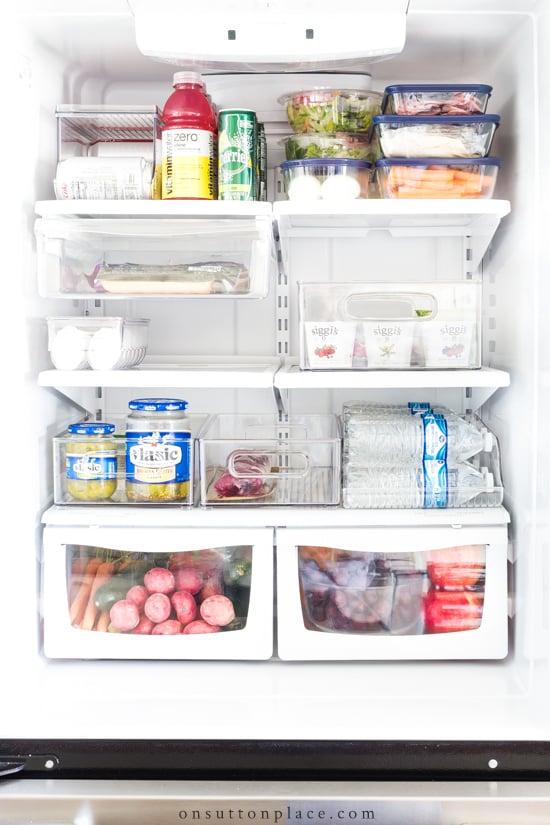 The first thing I did was measure the width and height of my shelves, and then I shopped online for appropriately sized bins. (Everything I used is linked below.) I wanted clear bins with handles that were deep enough to reach the back of the refrigerator. I also purchased soda can and water bottle dispensers, along with an egg caddy. These refrigerator organization containers were the tools I used to bring order to the space. By designating zones with the bins, everything became accessible and easy to see. 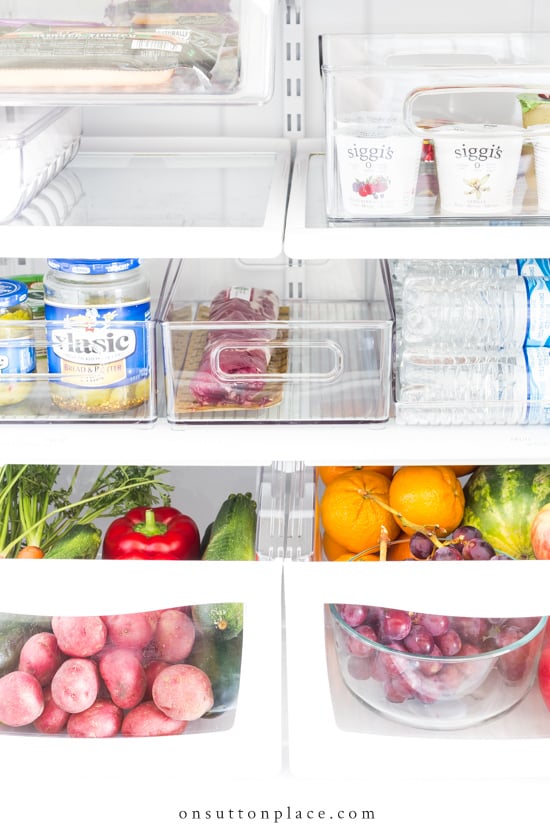 Once I had the shelves organized, I turned my attention to the drawers. I designated one for vegetables, one for fruits, and the small one for meats & cheeses. I prep the fruits and vegetables we eat for snacks as soon as they are purchased. They are washed & sliced so they are ready to eat. Vegetables used for cooking are not prepped until I am ready to use them.

*Yes…I store potatoes in the refrigerator. They last a lot longer and I have not noticed a difference in the way they cook or taste. 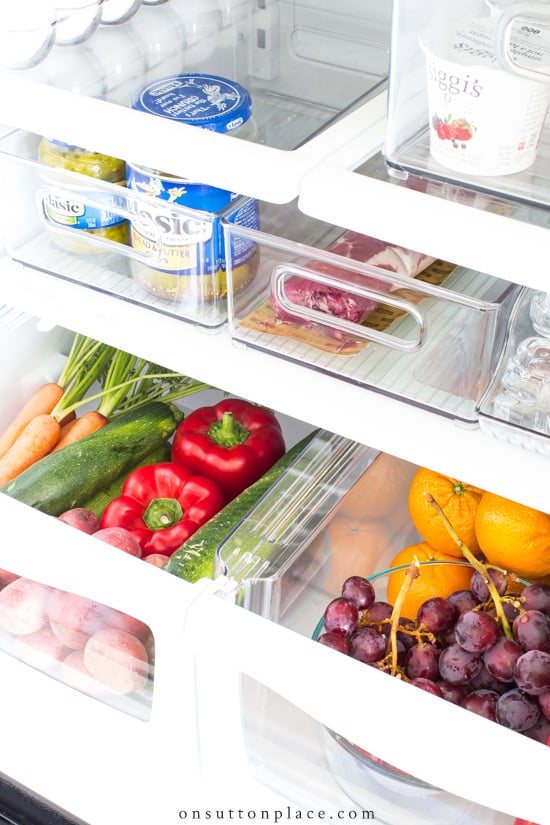 Next in my refrigerator organization process was the door. This is where the most purging took place! Large containers were placed in the bottom bin. Like items were grouped and placed in the smaller bins. 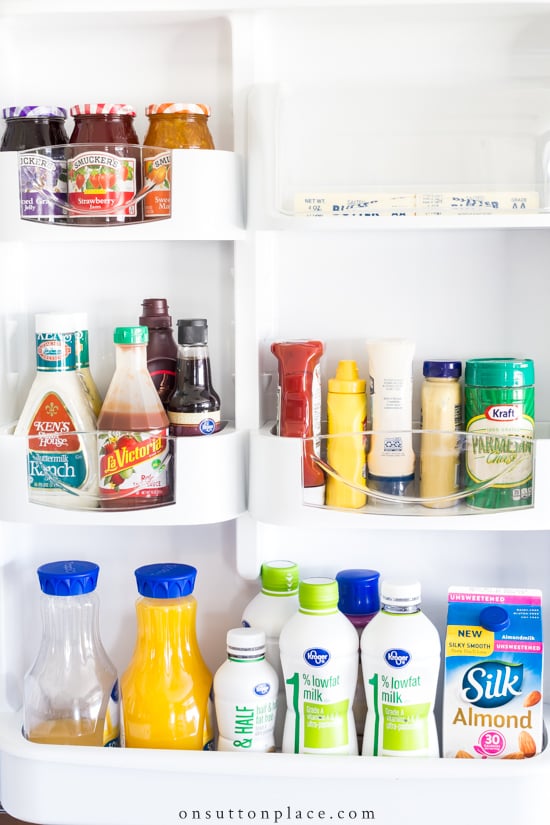 I still have many more spaces in and around our home that need organized. Our garage is at the top of the list, but that will have to be a project that is accomplished in phases. To look at the big picture is completely overwhelming!