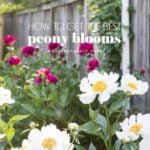 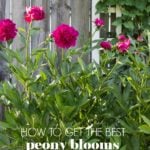 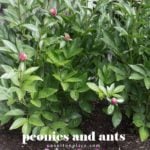 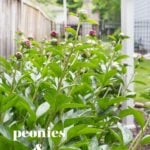 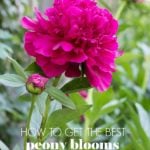 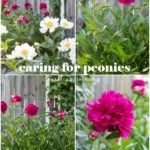 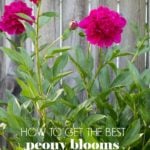 Peonies care: how to get the most blooms, what to do about peonies and ants, & three no-fail, colorful planting suggestions. 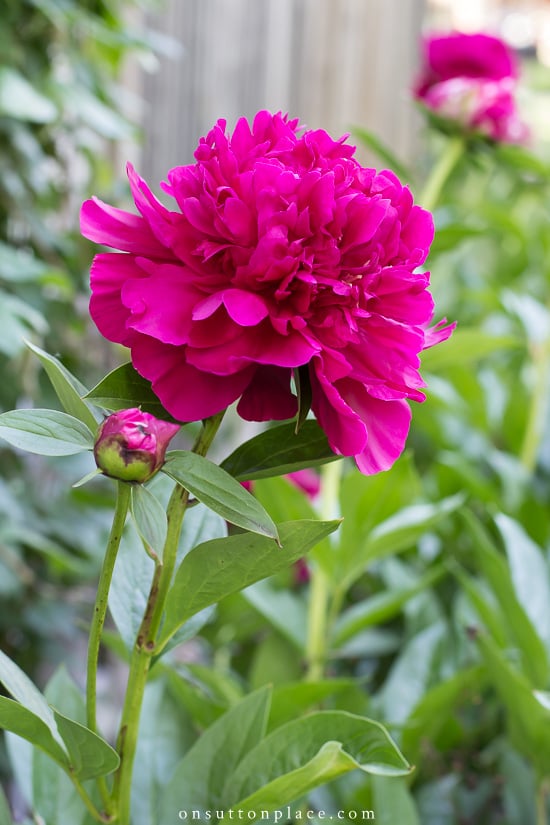 If you are, like me, a fan of this very popular and beautiful flower, this is the post for you. I’ve said many times before that I am not a master gardener, and I’m certainly not a peony expert. I have, however, learned a few things that have helped my peonies flourish, so that’s what I’m sharing today.

Peonies care: how to get the most blooms

Peonies take their time when it comes to blooming, but if they are content with their location, they will bloom for dozens of years. A new peony bush will take about three years to produce blooms. The first thing to do for beautiful blooms is to make sure your bushes get the proper amount of sun. Peonies thrive in zones 3 – 8, and need at least six hours of sun per day. Most peonies need cold winter months to recharge, so areas below zone 8 (geographically speaking) don’t have as much growing success. Once a peony bush begins to bloom, it’s also super helpful to remove the wilted flowers. By removing the spent blooms, the peony bush has more energy to produce new blooms, instead of trying to keep the wilted ones alive. 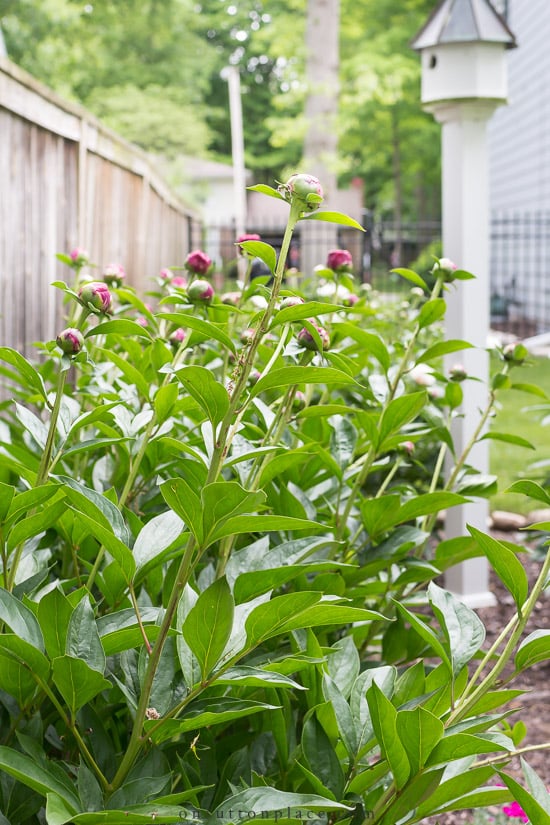 Here is everything I know about peonies and ants!

Update: a few readers commented that they do have ants on their peony blooms. They suggest dunking the blooms in water for a few minutes, or holding the blooms under running water (like your hose.) Then give them a good shake. 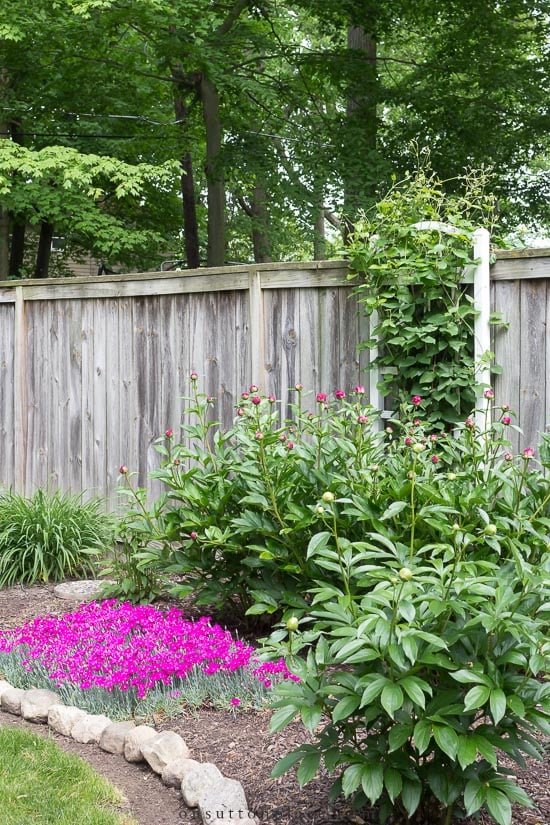 The following are peonies that I have personally grown, and that have done well in my zone. I live in Ohio, in planting zone 6. We used to be considered zone 5, but in 2012 the zones were re-accessed, and northern Ohio was moved to zone 6. 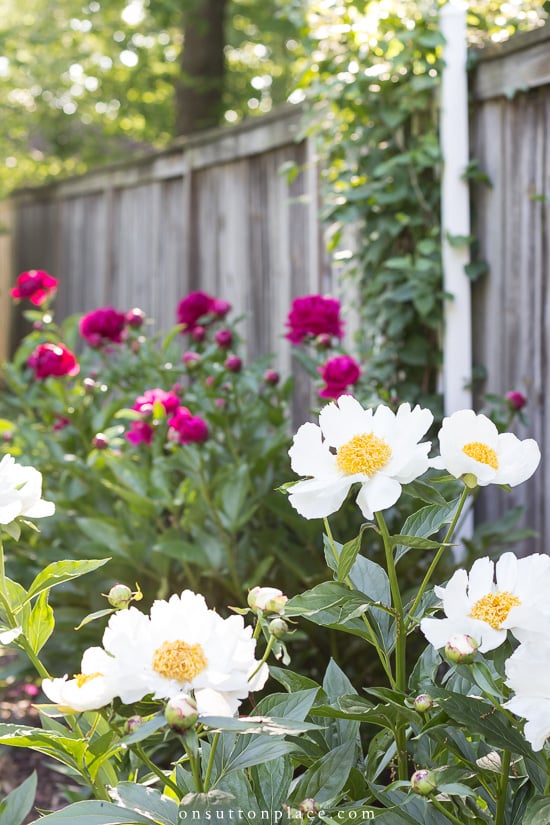 Paeonia ‘Jan Van Leeuwen’
A round bloom, with beautiful white petals and a yellow center. 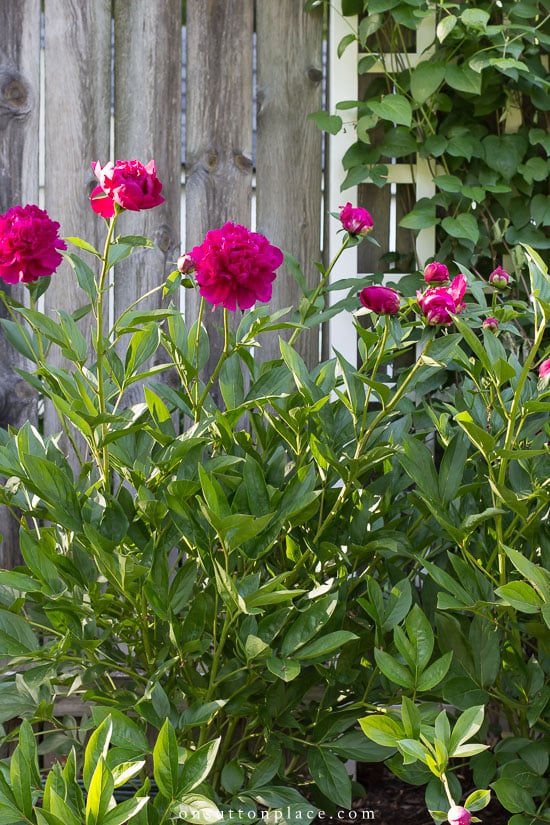 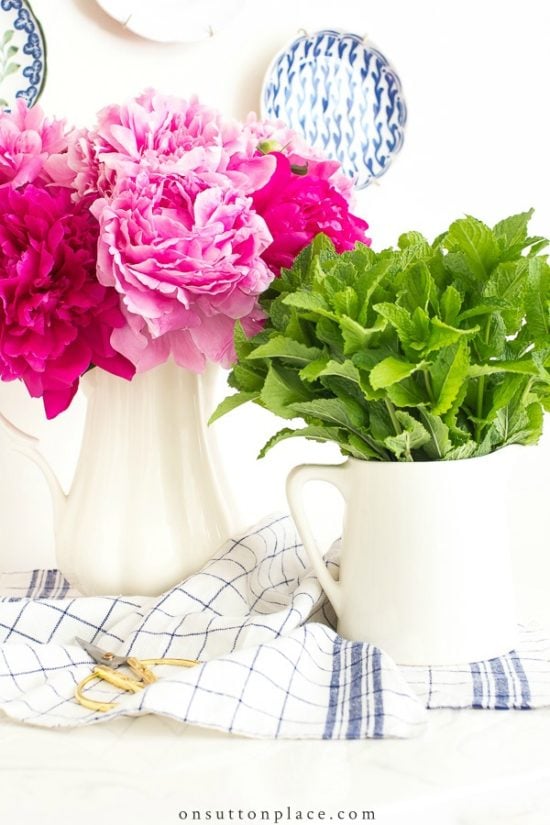 Paeonia ‘Elk Grove’
A classic peony that blooms a little later, with giant light pink blooms.
(I never got out to take pictures of the
light pink peonies in the garden.
Maybe next year!)

I know this has nothing to do with peonies, but I want to show you my bucket of mint. Late last summer, I moved the galvanized buckets containing my herbs out to the garden to get them off the new patio. I did nothing else with them, and they sat there all winter. In late spring, I noticed that the mint was growing. 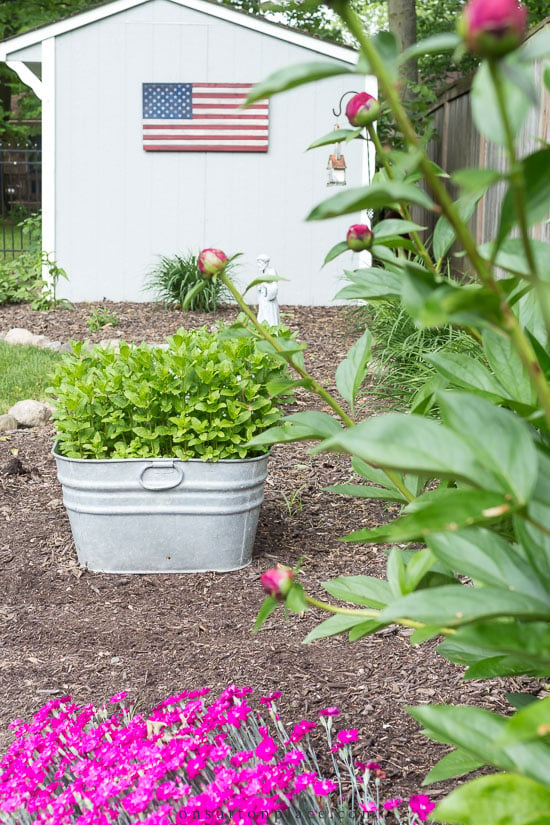 It grew, and then it grew some more. In no time at all, the entire bucket was filled with the most beautiful mint. I have no idea why it survived the winter. My guess is that because this past winter was so mild, it never died completely down. We got hardly any snow at all, and our temps were above normal. In its new location, the mint also gets quite a bit more sun.

Update: I never had mint survive in my tubs when they were on our deck. I did know it was considered a perennial, but I have never had it return. So that’s why I was pleasantly surprised! 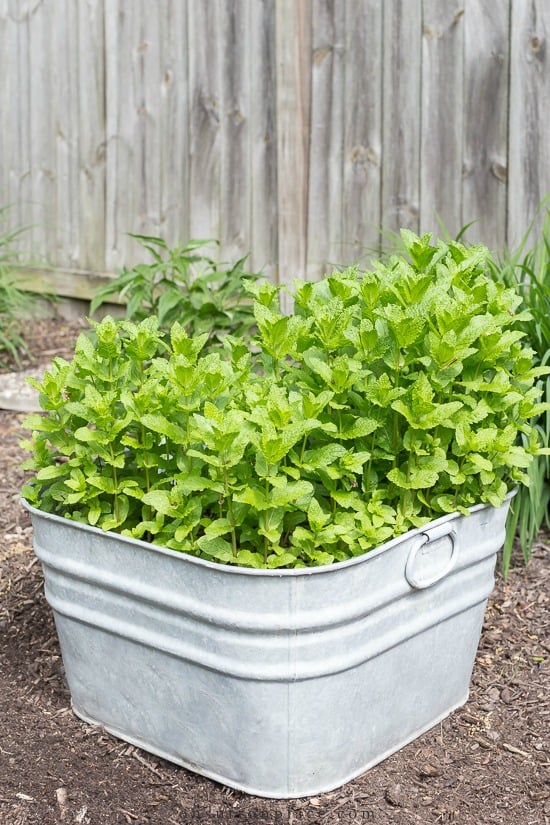 The end of the garden that’s opposite the peonies is rather sad. Nothing is blooming yet, and it’s quite bare. There are day lilies and purple coneflowers, so hopefully blooms will be coming. Another huge disappointment was that my allium did not bloom. The leaves came up from the bulbs and there were buds at one point. We then had a few very heavy frosts. The leaves turned yellow and the buds shriveled up. I think that may have been the reason they didn’t bloom. Although, like always, I’m not really sure! So once again, time will tell. 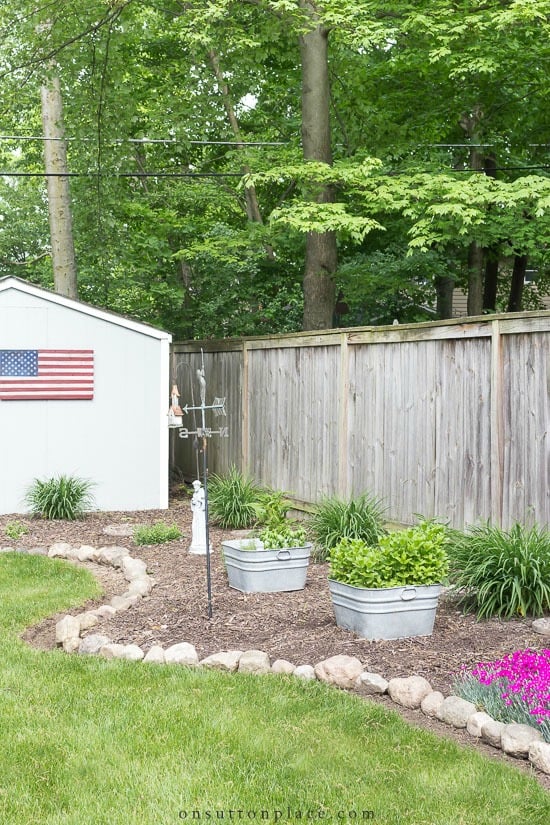 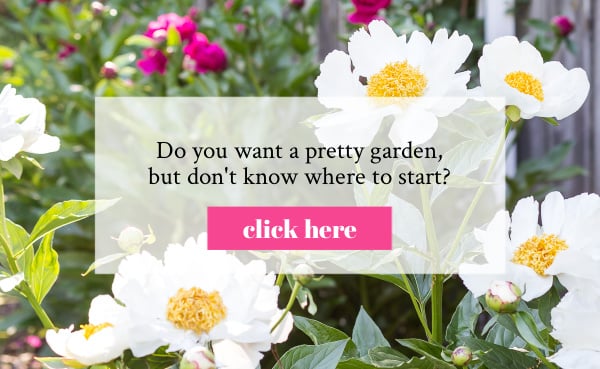