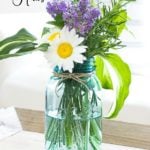 Making simple arrangements using garden flowers & herbs is not only extremely gratifying, it’s a great way to use herbs that might otherwise be wasted. Sometimes herbs grow very fast and, at least for me, it’s hard to use them quickly enough. 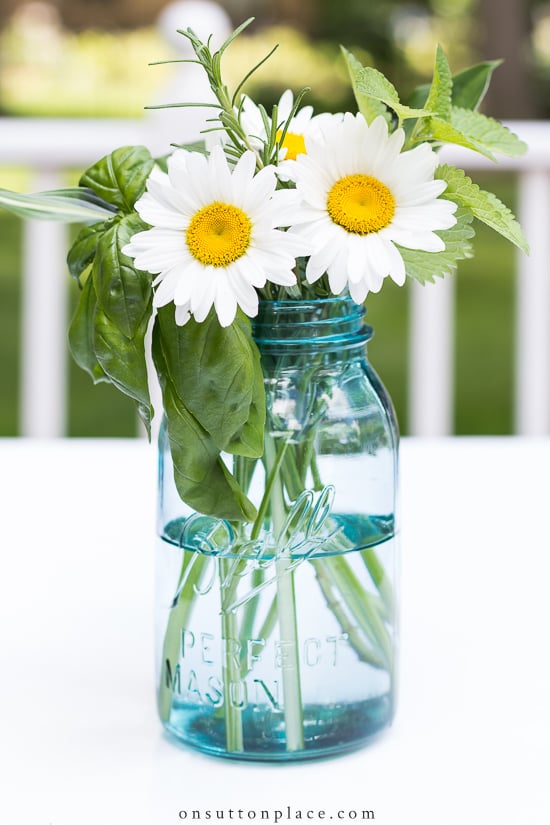 I’ve never dried or frozen my herbs but I would like to figure that out at some point. I usually just harvest them and scatter little herb & flower arrangements around the house. When summer is over, I’ll plant an indoor herb garden so I have fresh herbs right in my kitchen.

Update: How to Dry Herbs

OK…first I grabbed an assortment of jars and small milk bottles. I added water before I started cutting my herbs and flowers…that way I was able to put the cut plants in the water immediately. Now on to the fun stuff. Here’s what I gathered together:

When I had everything cut, I started moving the cuttings around until I had five simple arrangements using garden flowers and herbs. 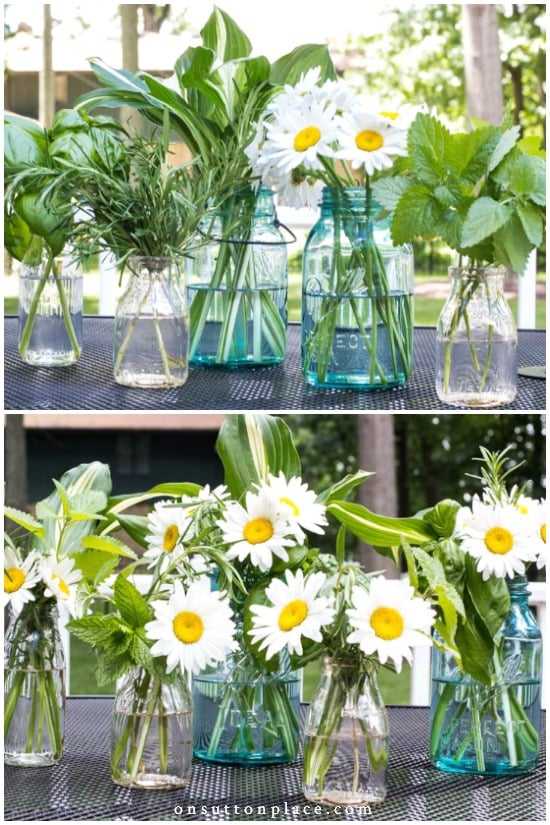 Side note about the rosemary: it’s really important to NOT have any leaves left on the part of the stem that is under water. Just strip the rosemary at about the halfway point so only the woody branch is in the water. You can use the stripped needles in your cooking or in potpourri.

I brought my arrangements in and used three, gathered on a silver tray, in my entry. The other two I put on my kitchen island. 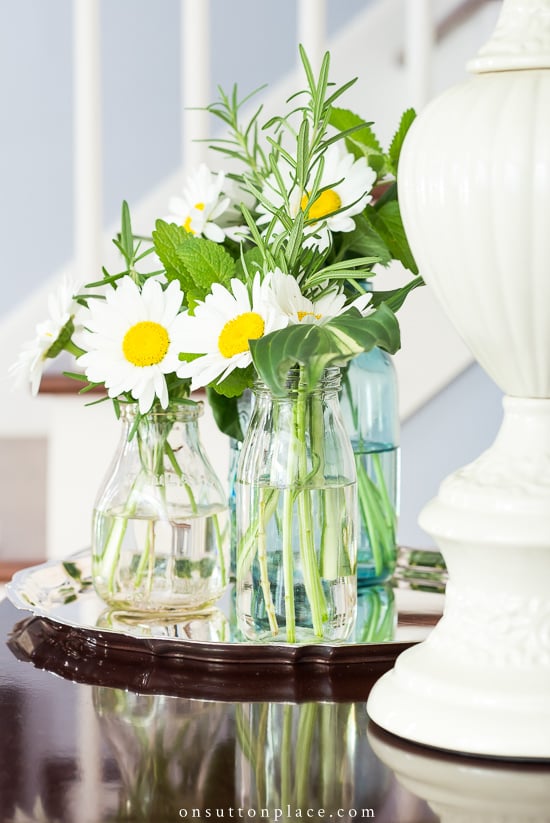 As I walk by, I can smell the rosemary and it makes me smile. Now…I mentioned lavender. When I was cutting and arranging, I totally forgot about my lavender. It’s not been one of my success stories where perennials are concerned, but this year I had more blooms than ever before. (Which isn’t say much, but nevertheless it’s at least getting better!) 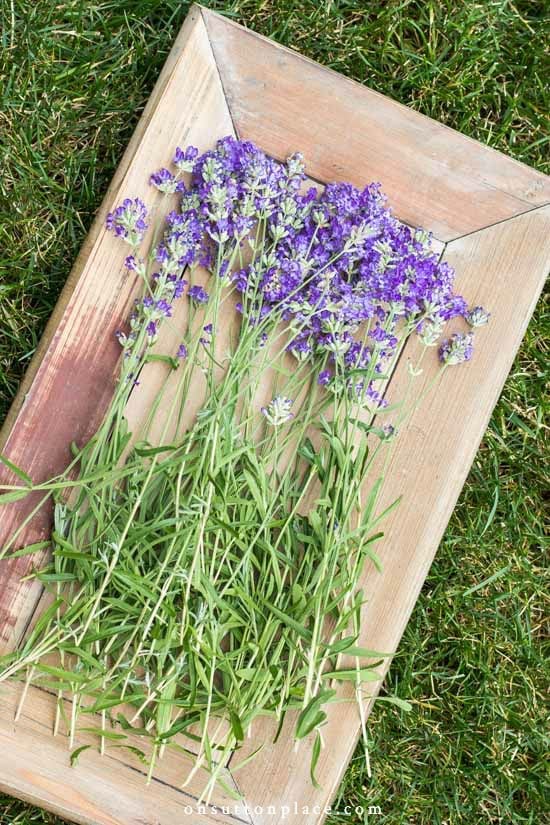 So I cut some lavender and made another arrangement in a vintage blue mason jar, which has actually turned out to be my favorite. 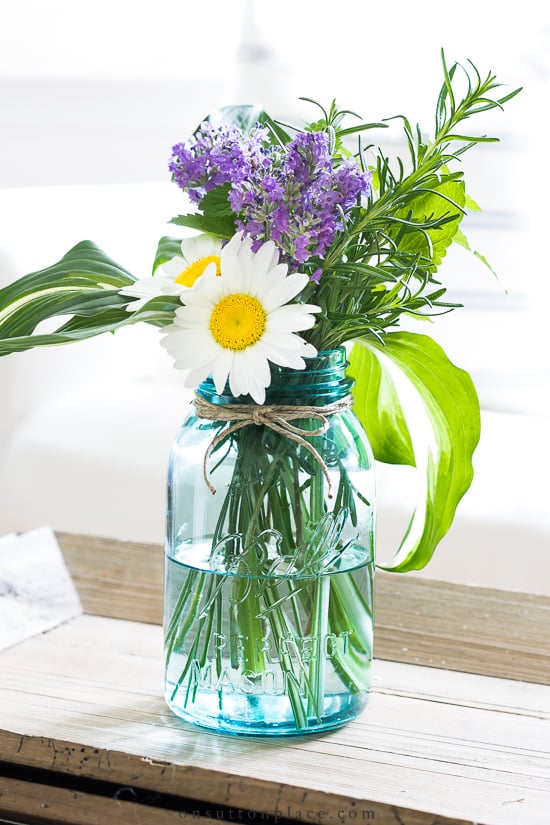 Adding natural elements to your living spaces is a great way to bring the outdoors in. There is nothing better, in my opinion, than walking out your back door, armed with a pitcher of water and a pair of scissors…and walking back in with enough cuttings for some simple arrangements. 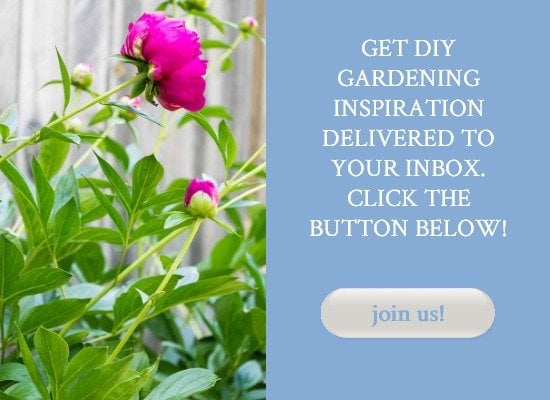