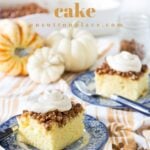 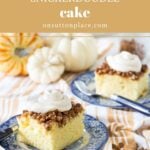 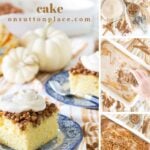 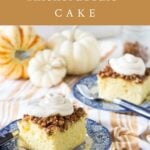 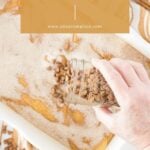 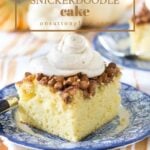 This vanilla pudding snickerdoodle cake recipe has just 6 ingredients, and one of them is a cake mix! It’s easy, delicious, and quick to make. The cinnamon chips are the “icing on the cake!” 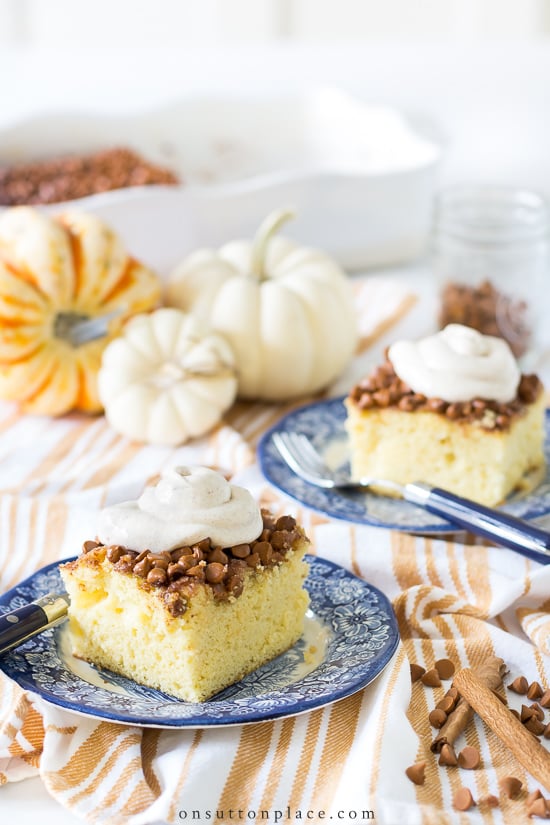 Everyone needs a quick and easy dessert recipe in their arsenal for the holiday season. This vanilla pudding snickerdoodle cake recipe is so good that you will find yourself thinking up reasons to make it! This recipe is a variation of the original pudding cake recipe I shared a couple of years ago. The original cake is chocolate, so this version tastes completely different. At the end of the post, some of my friends are sharing more inspiration for Thanksgiving, so make sure to take a look before you go. 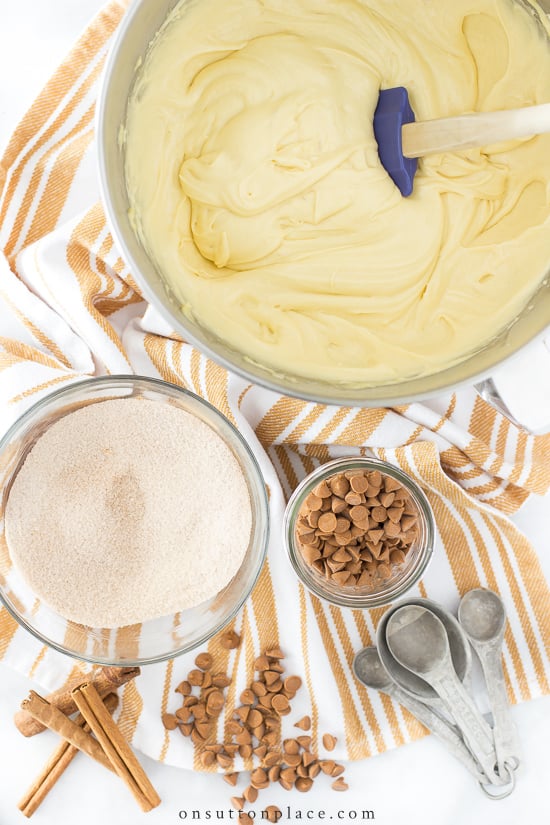 The thing that makes this cake so moist is, you guessed it, the pudding. The original recipe called for a can of Thank You brand pudding, which could always be found in the baking aisle of every grocery store. About a year ago, it disappeared. I looked for months at various grocery stores and finally gave up. An excellent substitution, and still very easy, are five single serve pudding cups. Any brand will work, and the pudding adds not only flavor, but a moist texture as well. 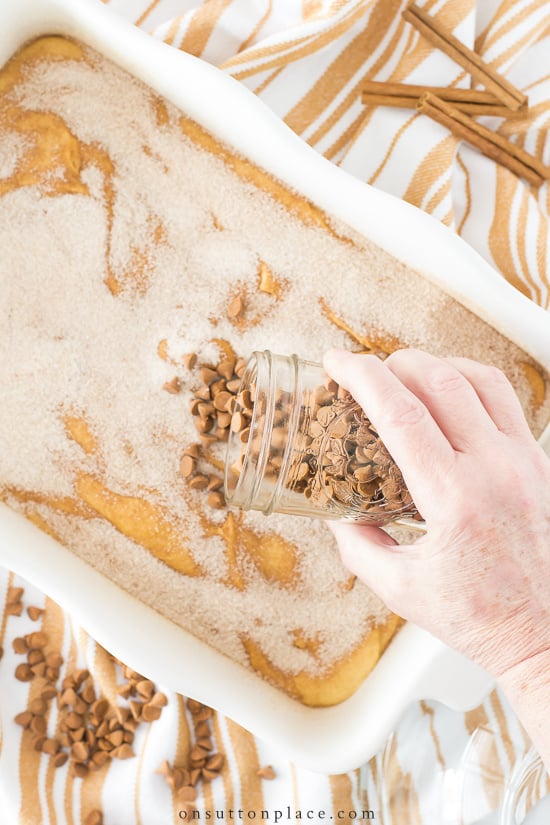 About the Cinnamon Chips

Cinnamon chips can be found in the baking aisle of your grocery store. They usually appear in September, and disappear after Thanksgiving. (I found mine at Walmart.) If you can’t find them, click {HERE} to order them online. This link is for a pack of four bags, but they freeze well. Just put them in a resealable bag, and pop them in the freezer. Plus, they are delicious in my Snickerdoodle Bread Recipe or in Pumpkin Snickerdoodle Cupcakes.

If you can’t find the cinnamon chips, and don’t want to order, a good substitute, that’s a little easier to find, is Nestle’s Pumpkin Spice Morsels. Other ideas are caramel morsels or butterscotch morsels. 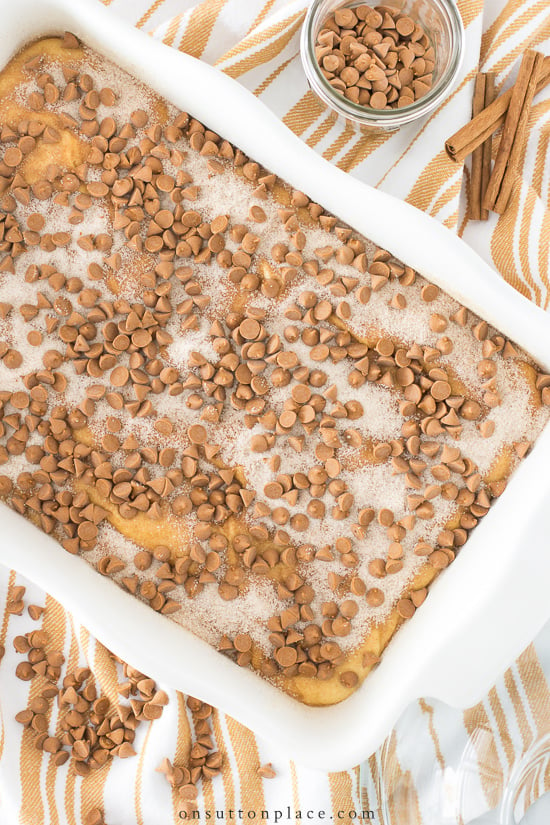 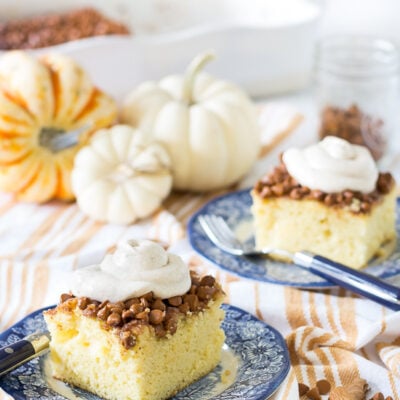 For the Brown Sugar Whipped Topping 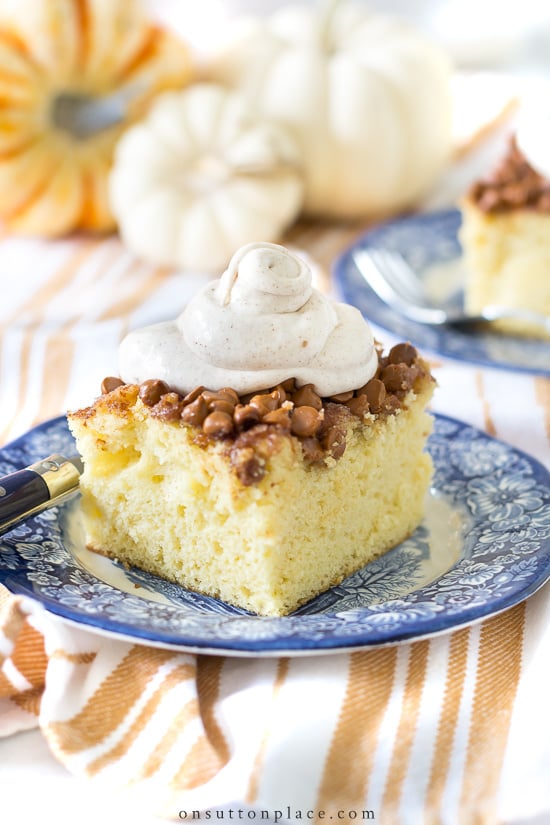 Visit my friends for more inspiration! 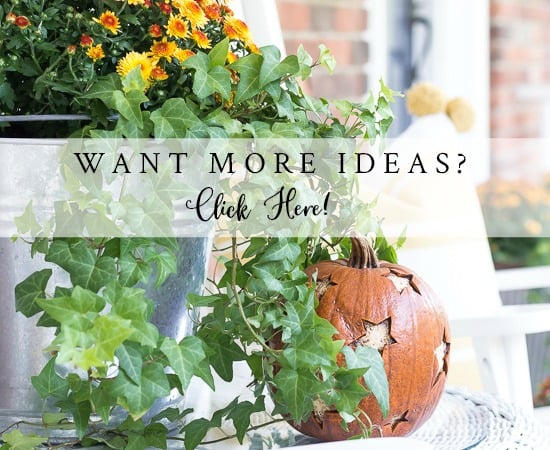