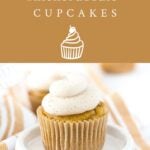 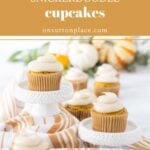 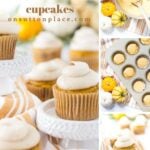 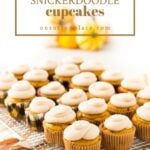 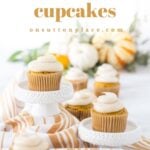 These pumpkin snickerdoodle cupcakes with cream cheese frosting are perfect for fall gatherings. They start out with a cake mix, and couldn’t be easier! 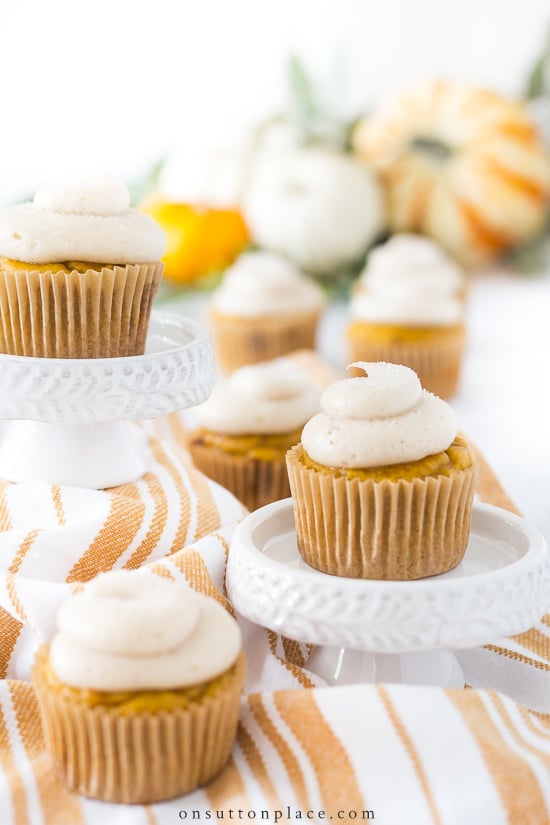 *Originally published in 2017, this post has been updated with new images, and much more information. Enjoy!

Hello everyone! Elizabeth here, and today I’m welcoming you into my kitchen, better known as The Drakery, while I try my hand (and my mixer) at Pumpkin Snickerdoodle Cupcakes. For those of you who might not know, I’m Ann’s daughter, and I occasionally crash my mom’s blog to share a recipe, or something I’ve done around my house. I love all things snickerdoodle, and all things pumpkin, and these cupcakes are the perfect combination of both. They are also extremely moist, and have just the right amount of spice. 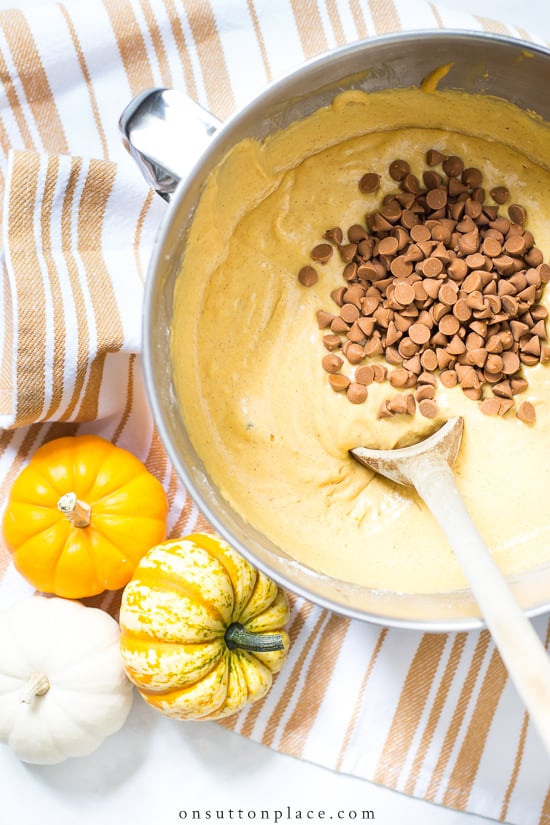 This recipe can also be made into a Pumpkin Cinnamon Chip Cake. Just prepare a bundt pan, pour in the batter, and bake according to the directions on the cake box. If you don’t want to make the cream cheese frosting, here are two other options: 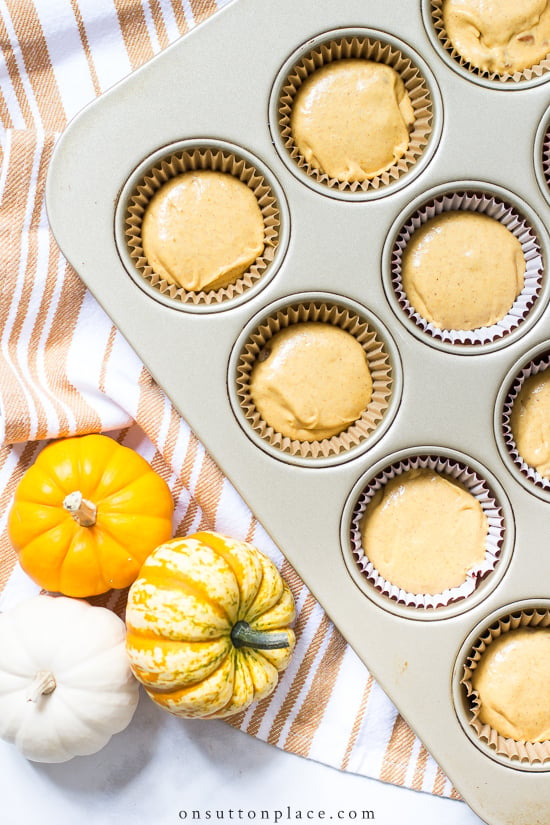 To get the perfect size for your cupcakes, and one that looks beautiful with the frosting, use a large scoop. The scoop should not be overfilled, and should be fairly even. The cinnamon cream cheese frosting that goes on these cupcakes is delicious…and it really adds so much flavor.

How to Pipe a Cupcake 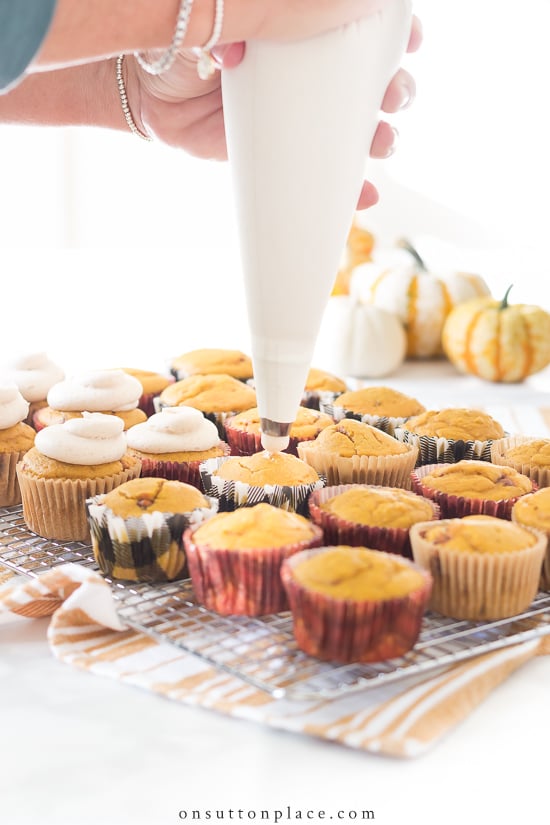 *Some links lead to shops or websites where my mom is an affiliate. Click HERE for her full disclosure.

About the Cinnamon Chips

Hershey’s cinnamon chips can be found in the baking aisle of your grocery store. They usually appear in September, and disappear after Thanksgiving. If you can’t find them, you can order them online.

If you can’t find the cinnamon chips, and don’t want to order, just leave them out. These pumpkin snickerdoodle cupcakes are still very tasty! A reader left a comment below saying that she used butterscotch chips, and that they were delicious. 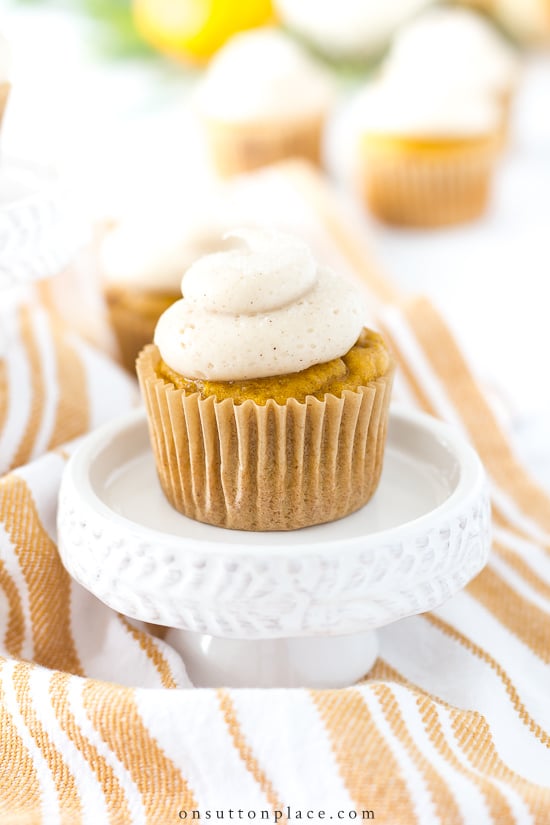 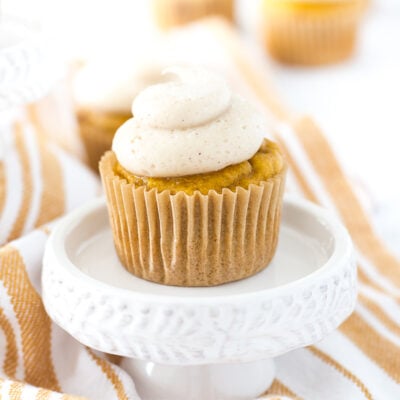 There is nothing better than the smell of pumpkin combined with cinnamon baking in the oven. If you are in the mood to bake, I highly recommend these pumpkin snickerdoodle cupcakes. They will definitely put you in the mood for Fall!

Thanks for hanging out with me today! I’ll be back…