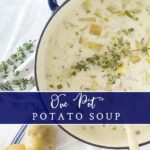 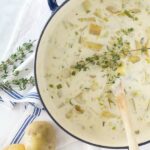 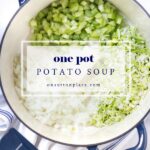 This hearty one pot potato soup recipe has a secret ingredient that gives it amazing taste! Part of the Sunday Supper series at On Sutton Place. 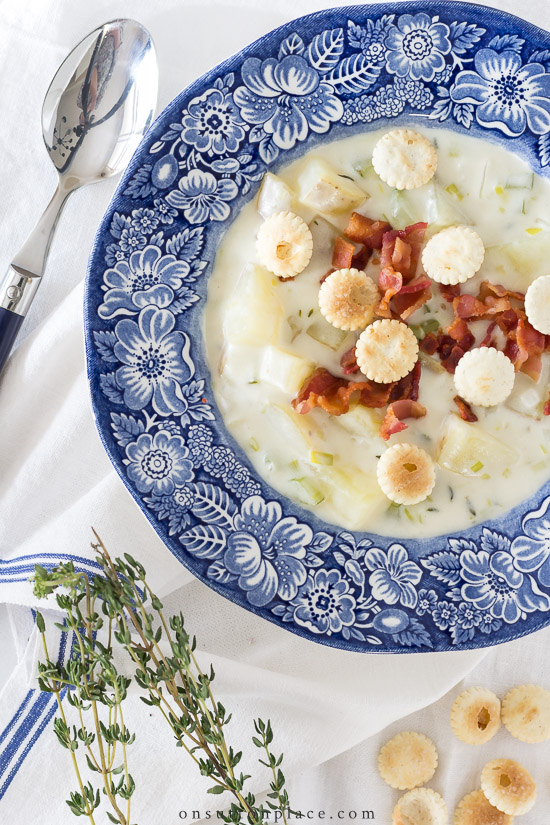 So…what’s the secret ingredient? The ingredient that gives this one pot potato soup recipe its amazing flavor is the addition of a leek. If you are like me, the first time I made this soup, I wasn’t sure what a leek was. It looks like a giant green onion, but has a very different taste. To prepare a leek, just chop off both ends and discard. 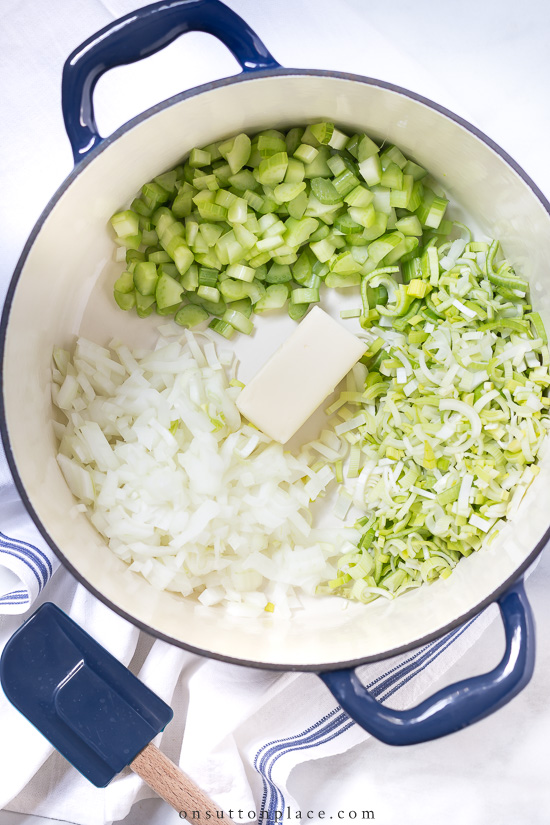 It’s a personal choice how much of the green part to include when you prepare the leek. You should have at least a 6-8 inch piece that includes both the green and white parts. A leek has a lot of layers, so wash it very well under running water. Slice it in half length-wise, then slice each half in half again. Finely chop the pieces and add it to your pot. If the layers sort of fall apart, just keep chopping. Once the leek is in the pot, it won’t matter. 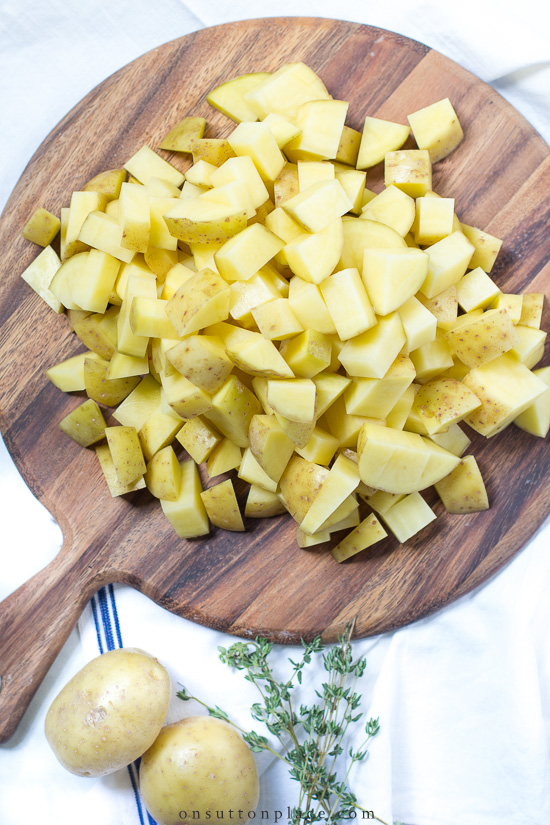 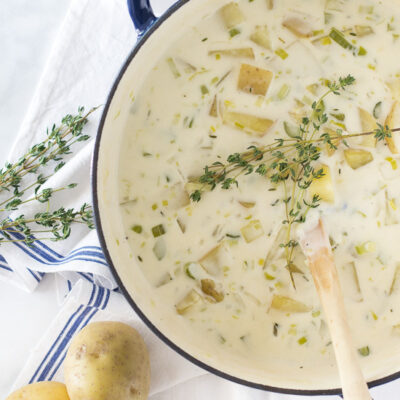 To make New England Clam Chowder: Drain 2 cans of clams, 6.5 oz. each, reserving the clam juice. Add the clam juice when you add the chicken broth. Add the clams at the very end before resting time.
Like this recipe?Follow me at @onsuttonplace 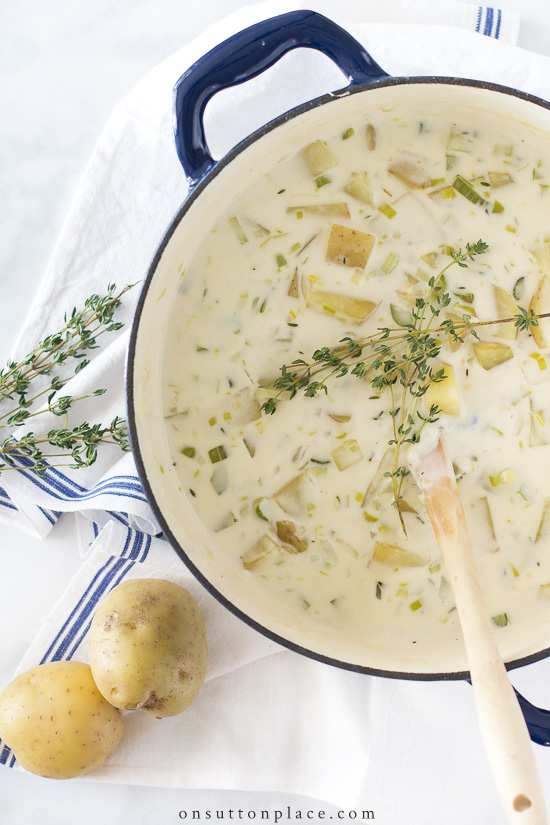 Click the image below for the Sunday Supper Recipe Collection! 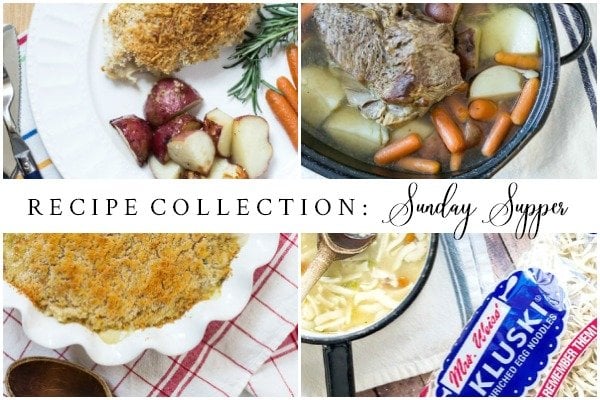