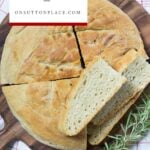 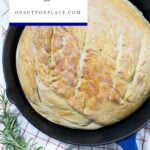 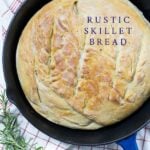 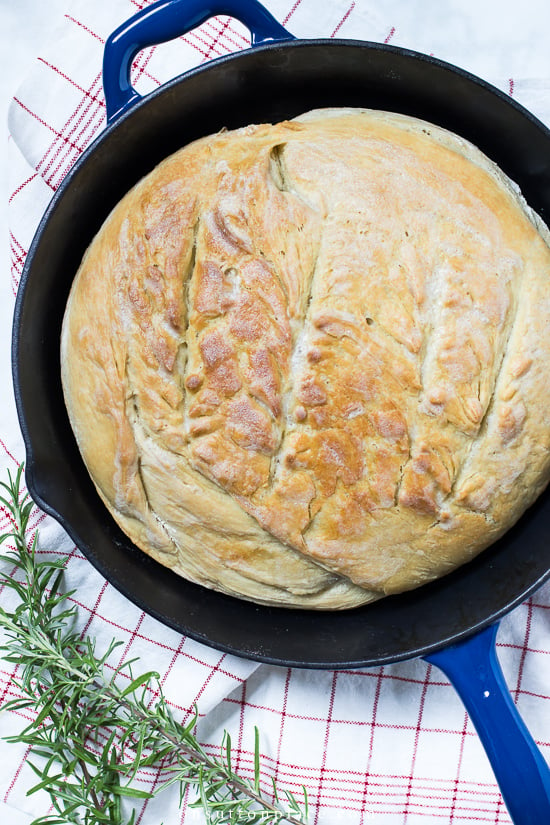 When the COVID-19 quarantine happened last spring, America started baking bread. It was something we could do at home, it was comforting, and who doesn’t love fresh baked bread? This resulted in flour shortages, and at one point, yeast was literally impossible to find. I, like so many others, jumped on the band wagon, and started baking. I concentrated mostly on quick breads, but when I could finally get some yeast, I tried my hand at making this rustic skillet bread. It’s very easy, there is no kneading, and it’s incredibly delicious! 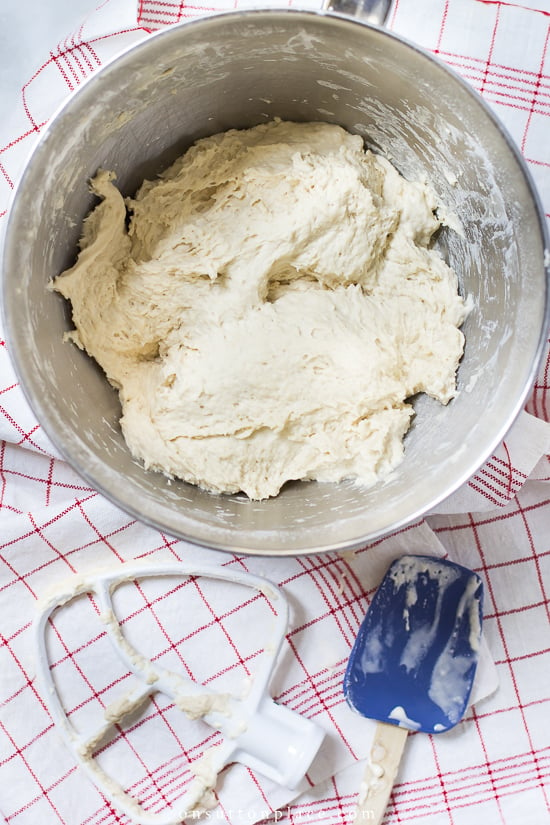 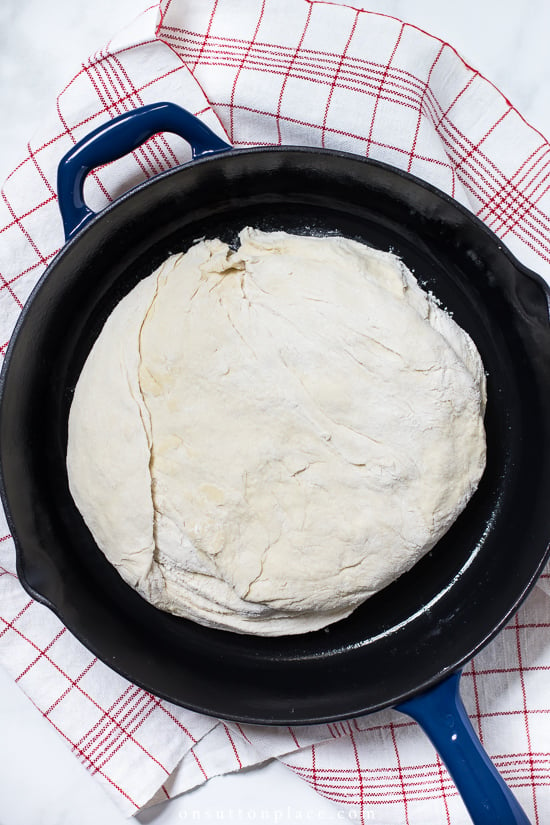 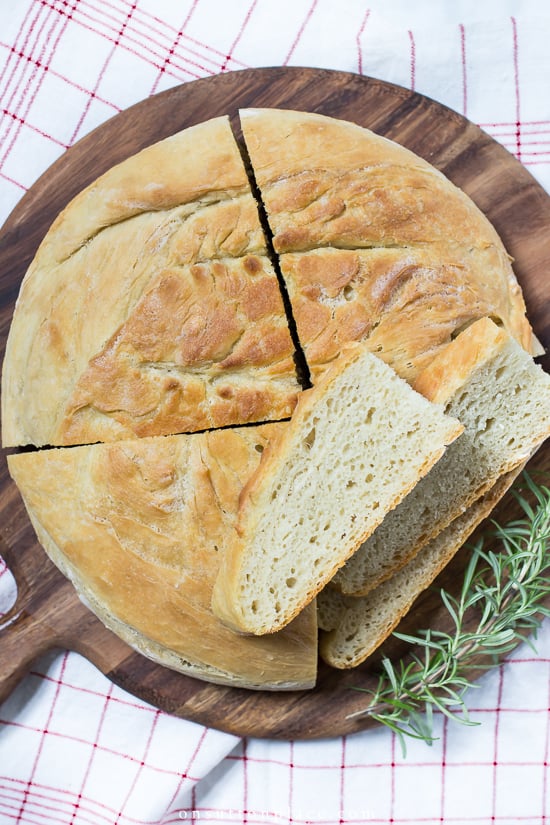 This bread makes the most delicious toast. Make sure to slice it the appropriate width so it fits in your toaster. My favorite way to eat this bread as toast is with a little butter, topped with organic peanut butter. 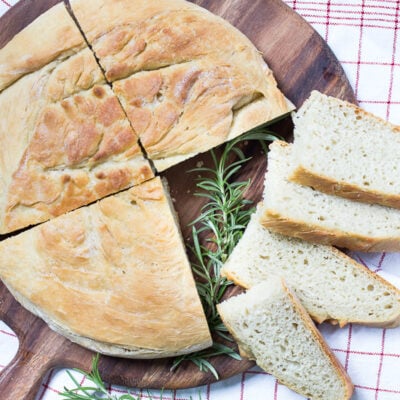 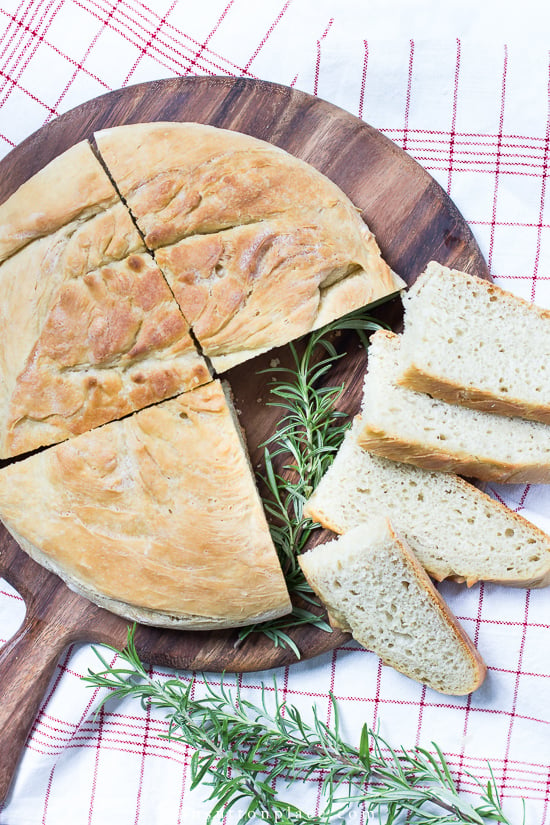 Unlike the 4 Ingredient Round Bread I shared here several years ago, this rustic bread recipe can be enjoyed fresh from the oven in just a few hours. If you give it a try, and like it, I invite you back to leave a 5 star review on the recipe. I would really appreciate it! 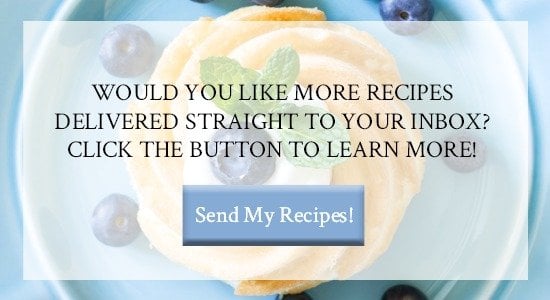