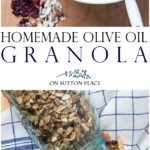 Over the Christmas holidays, the house On Sutton Place was bursting with people and good food. Our son, daughter-in-law, and granddaughter were here for ten days…and our daughter and her boyfriend were here on the weekends. For someone who spends most days alone, the conversation and company felt like the biggest blessing of all. One morning, my son commented that they loved a homemade olive oil granola recipe that my daughter-in-law got from a friend. They said they put it on yogurt, cereal and even in their pancake mix. I was excited to try it and was not disappointed. This is the tastiest granola recipe ever and super easy to make.

*Some links lead to websites where I am an affiliate. Click HERE for my disclosure statement. 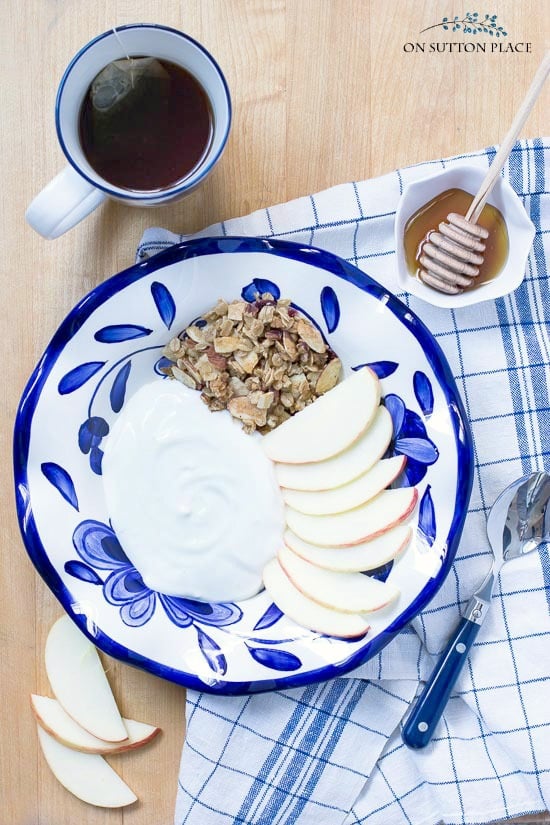 This homemade olive oil granola recipe fits on a half sheet pan (I used this one) and filled 2 1/2 quart-sized mason jars. Because I was afraid I would eat it all by myself, I gave one jar away! The recipe can be cut in half if you don’t need the full amount. 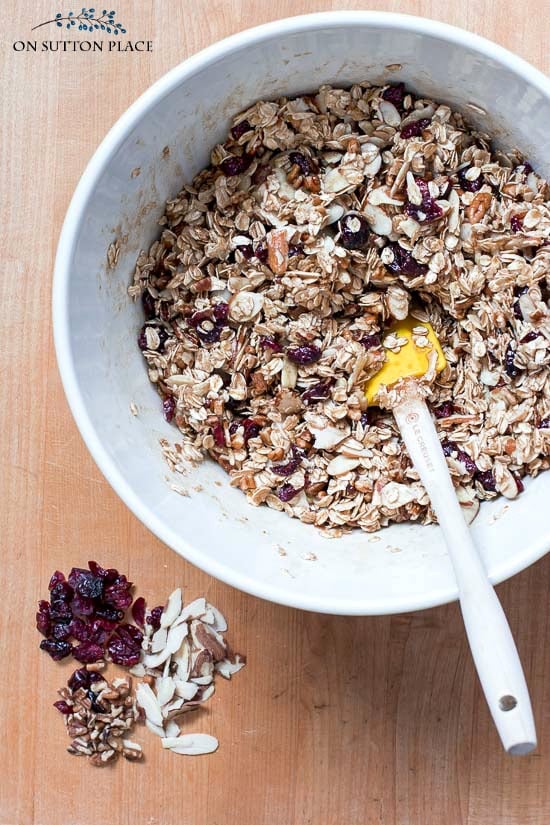 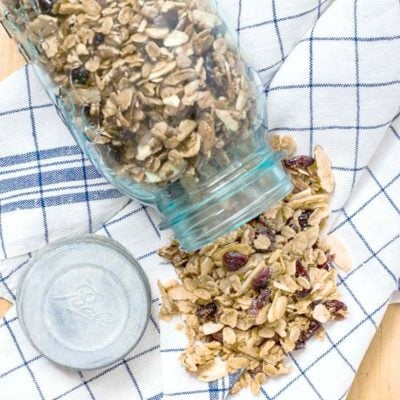 1 extra cup of ingredients can be added without increasing the amount of syrup mixture.  Suggestions: 1 cup pumpkin seeds, raw and hulled 1 cup unsweetened coconut flakes Any other type of dried fruit.
Like this recipe?Follow me at @onsuttonplace 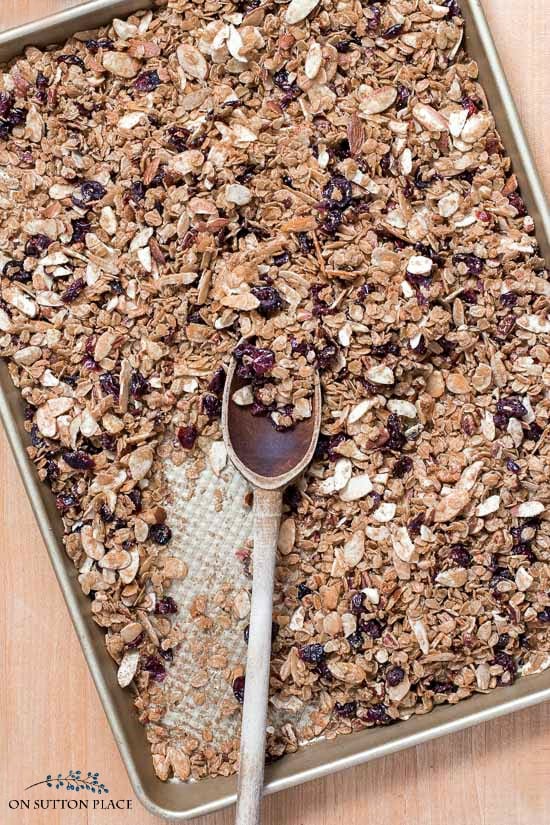 After the second stirring, I didn’t think it would be done in just fifteen minutes more. That’s when the scent of cinnamon began to fill my kitchen and when I pulled the tray out of the oven after 45 minutes, the granola was perfectly toasted. I sampled it when it was still warm and decided it was the best granola I’ve ever had! 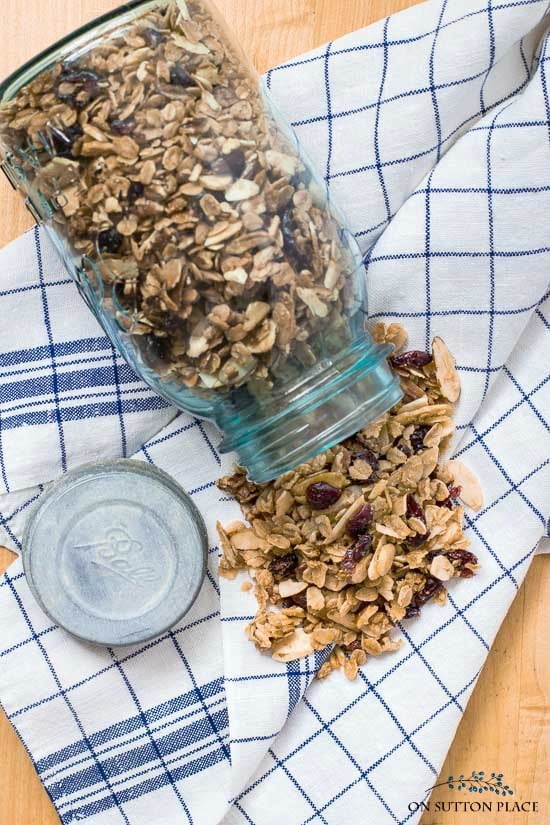 I am beginning to settle into 2018. I haven’t talked much about the new year or resolutions. I told my email subscribers that I don’t make resolutions anymore because I hate feeling like a failure! I do, however, like all of you, have hopes and dreams. The one thing I hope, more than anything, is that you all are abundantly blessed in 2018. Some blessings are easily identified, while others come in the form of unanswered prayers. I’m determined to be grateful for both kinds…and I hope you are determined as well. 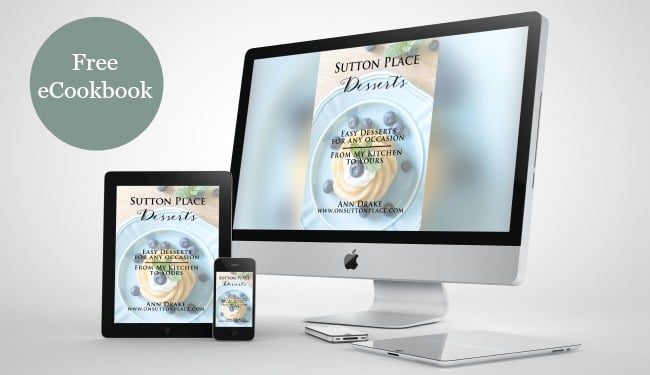