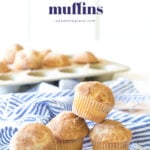 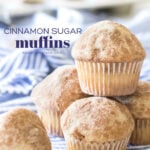 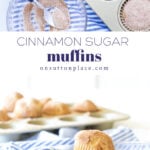 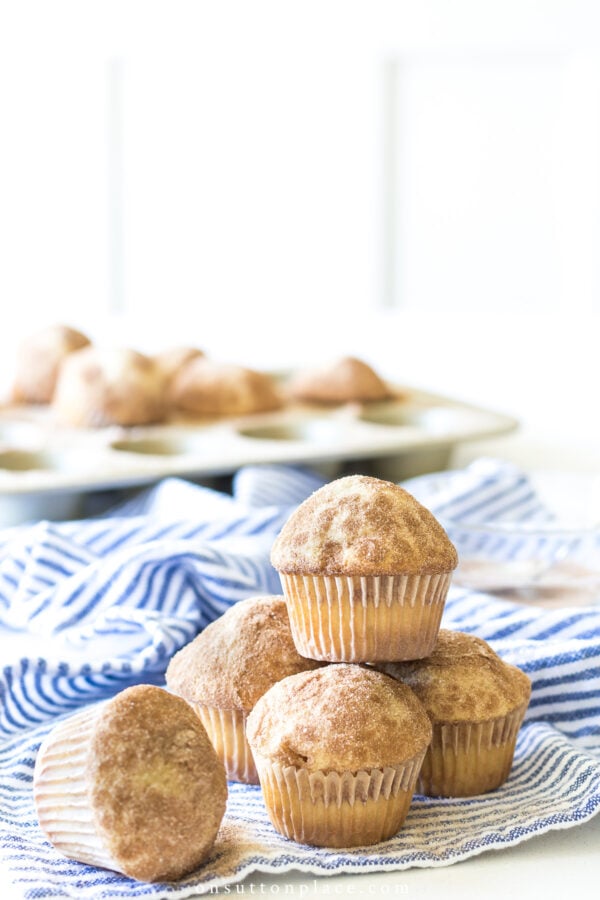 Up today is a recipe for cinnamon sugar muffins that is really and truly one you can make any time. It uses very basic pantry ingredients, and goes together quickly and easily. I originally published this recipe in 2013 as a quick bread, so for this update, I used the exact same batter, but made muffins instead. I love that this recipe calls for a full tablespoon of baking powder, which makes these muffin tops form into a very pretty dome. 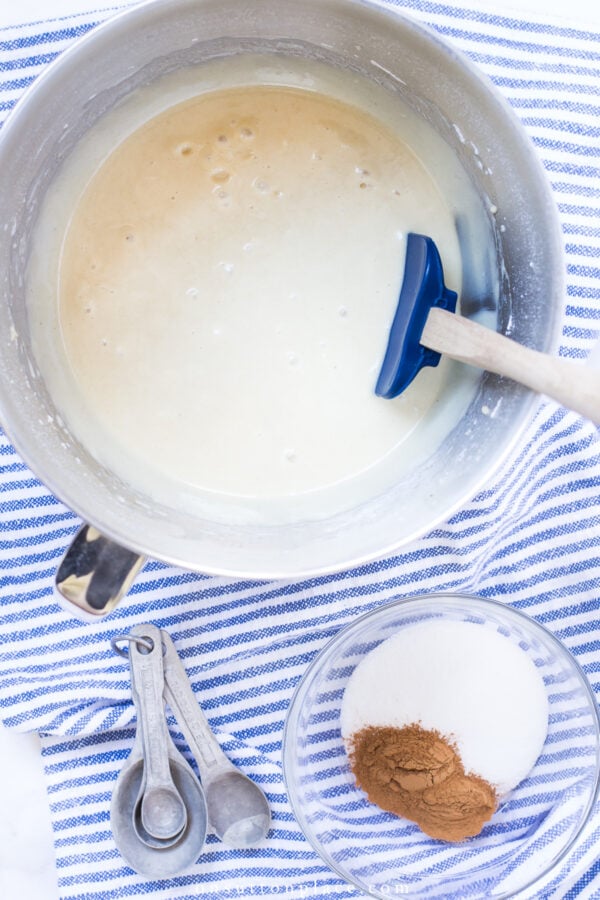 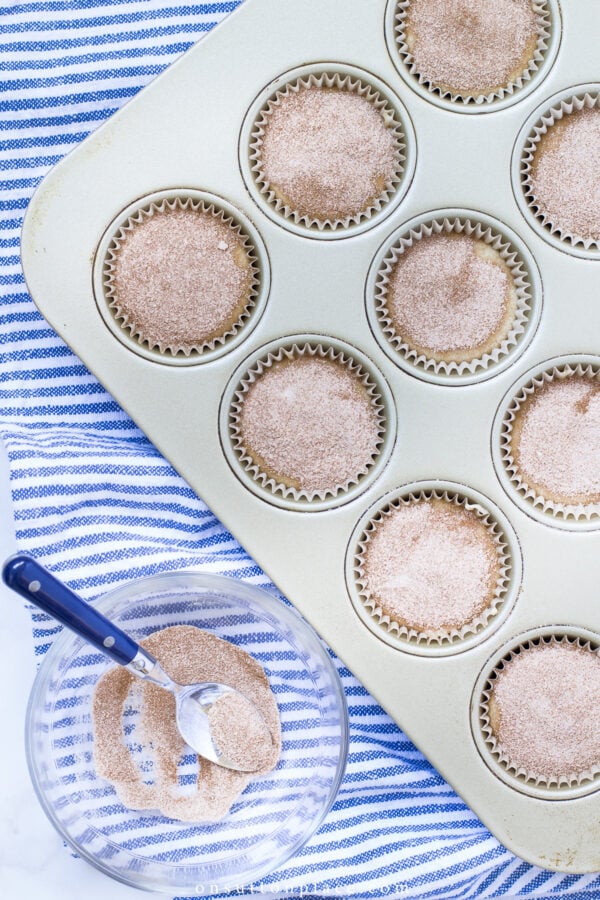 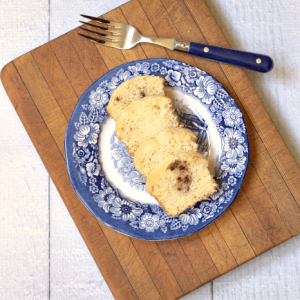 “Easy ingredient” recipes like this one are the best, and this one is super simple. If you have a beginner baker in your home, this is a great starter recipe. Everything is easy to measure out, and there are no odd ingredients. Store these cinnamon sugar muffins in an airtight container (I usually use a large resealable bag) at room temperature. They stay fresh for up to two days, and if you like warm muffins, just pop one in the microwave for a few seconds. Delicious! 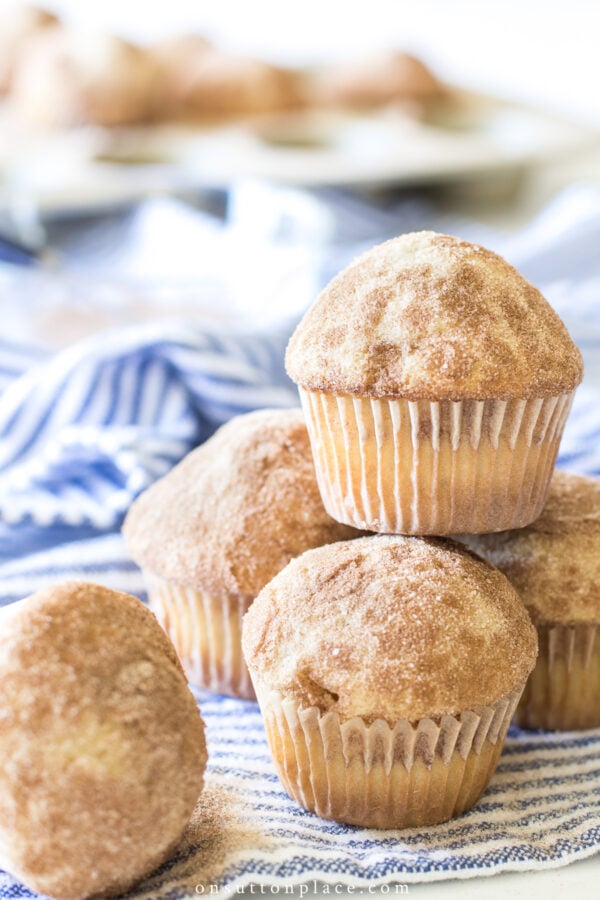 Although not technically comfort food, this recipe has that sort of “homey” quality to it. The muffins bake for just 22 minutes, but it’s long enough for them to fill your kitchen with the aroma of cinnamon. Make them for breakfast, when the kids come home from school, or for a family dinner. I promise these muffins will be a hit! 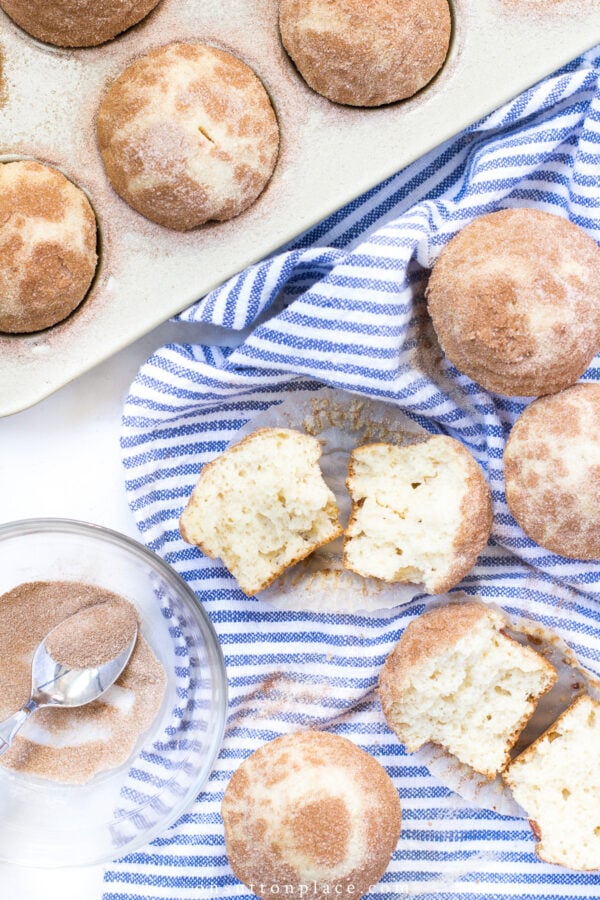 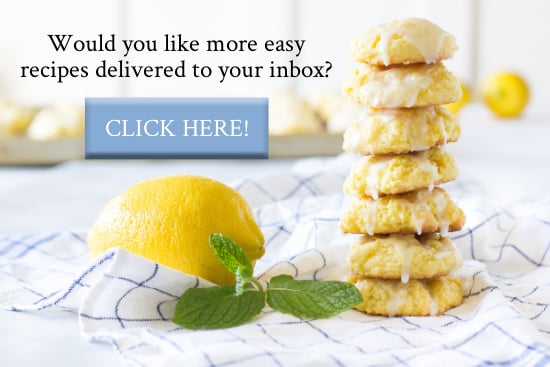